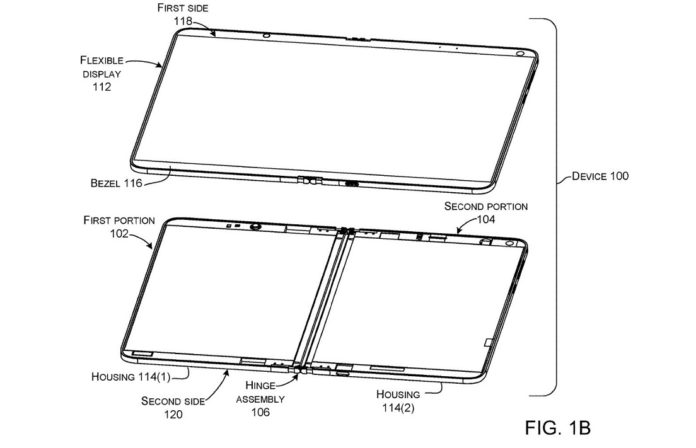 The patent filing adds more fuel to the fire about the rumours of a dual-screen Surface-branded Windows 10 device. Microsoft’s long rumoured Surface Andromeda (dual-screen device) is said to blur the lines between phone and large screen computing devices.

This patent shows off a device that obviously features a hinge with a first and second portion that includes a flexible display which would bend to form a new factor. The patent application suggests that the inventor of the project is Kabir Siddiqui and he has applied for similar dual-screen devices patent in the past. 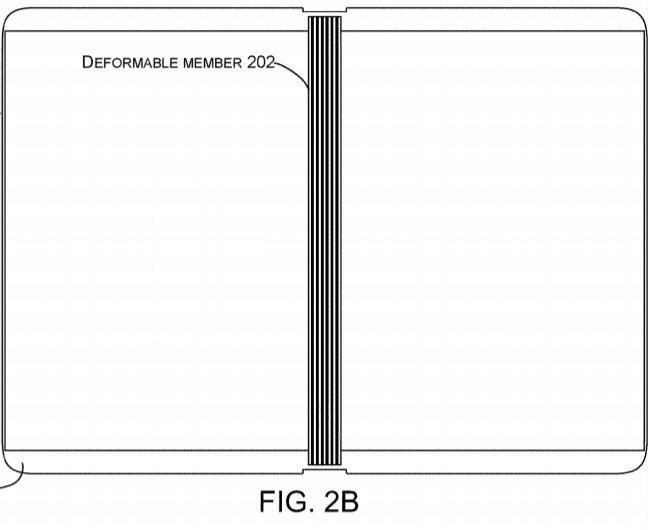 Microsoft has explained the patent tech in detail below: