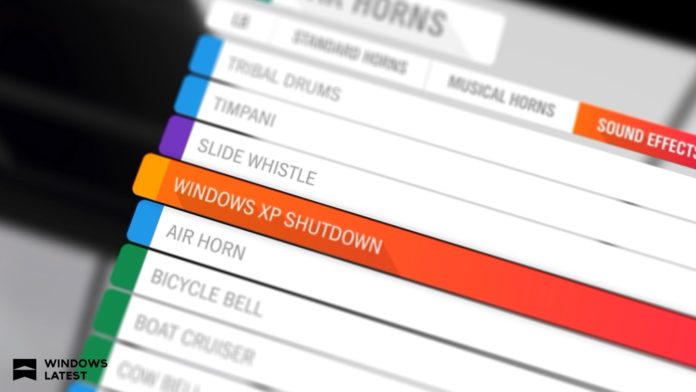 Last week, Microsoft released Forza Horizon 4 Demo for Windows 10 and Xbox One. So far, Microsoft & Playground Games have been quite successful with the game and have received a lot of appreciation from the fans.

In Forza Horizon 4, Microsoft has been pushing some of the highlight features of the game like the dynamic seasons, etc. However, there are yet some hidden delights that may bring a smile to a lot of Windows XP fans.

Forza Horizon 4 has a car customization option where you could personalize your car for your own taste. Here, you have an option to change car horns as well. But here’s the fun part – among the gazillion horn sounds to choose from, there’s also the iconic Windows XP “shutdown” horn sound. 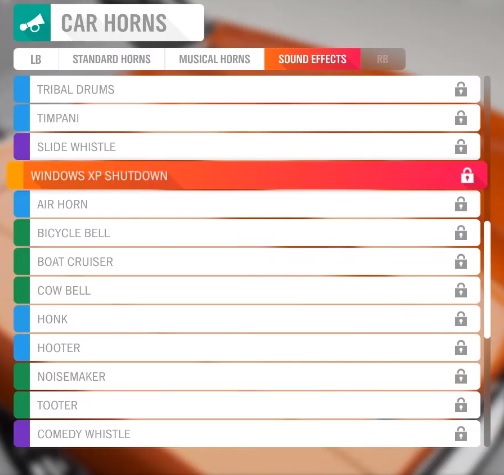 This rather came out of nowhere. Having the Windows XP “shutdown” sound as their car’s horn is quite ludicrous but many of the Windows XP fans are going to love it.

Forza Horizon 4 is set to launch on 2nd of October for both Xbox One and Windows 10 PC.