Another patent by Microsoft suggests that the software maker is working on a mobile computing device (phone, tablet or notebook) that will support thumb and pen interaction. It’s yet another patent and there’s no guarantee that this technology would ever make it to the market.

The patent titled “THUMB AND PEN INTERACTION ON A MOBILE DEVICE” was published by USPTO on August 23 and it was filed back in February 2017. It’s an advanced device and the patent suggests that Microsoft might working on adjacent technologies that would compete with the leaders on the market. 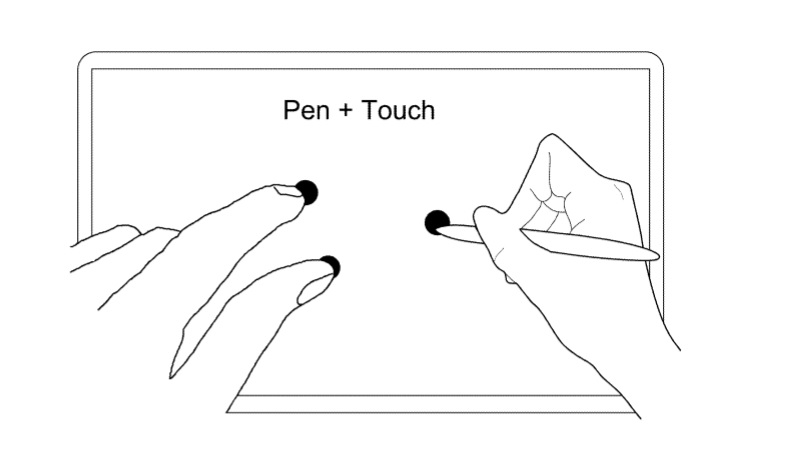 Microsoft has explained the patented technology below:

“Thumb+pen inputs are described herein, to improve the functionality of touch enabled devices for accepting bimanual input in situations where the device is gripped or supported by one of the user’s hands, leaving only one hand free. The thumb of an engaging hand is identified and controls are placed within its range of motion to enhance the functionality provided by the free hand. The actions of the thumb can be used to determine how pen actions made using the other hand are interpreted. Alternatively, the pen can indicate an object through pointing, while the thumb indirectly manipulates one or more of its parameters through touch controls. Marking menus, spring-loaded modes, indirect input, and conventional multi-touch interfaces are applied with respect to the bimanual input mode in which one hand is positioned to hold or support the device, and the other hand is free to improve device operability and accessibility”.