Microsoft has patented yet another interesting design for mobile computing devices such as a smartphone and tablet computers. First discovered by us, the U.S. Patent and Trademark Office published a patent titled “Flexible display extendable assembly” last week and it was originally filed by Microsoft in January 2016.

The patented design is supposed to extend the display of a mobile computing device. It explains that a mobile or tablet device would be integrated with two display devices side-by-side to form the one larger display.

Microsoft explains that such a design is useful for those users who want a pocketable device with a larger display for easier viewing. In the background section of the patent, Microsoft gives an example of mobile devices that can be hinged to open two display devices side-by-side to form one larger display.

“Portable electronic devices, such as mobile phones, media players, and tablet computers are increasingly common. These types of devices typically include an integrated display device, and many include dual displays. For example, a mobile device can be hinged to open two display devices side-by-side to form one larger display. Users typically want the smallest possible devices to conveniently carry in a pocket or purse, but also want devices with larger display surfaces for easier viewing,” Microsoft details the concept idea in the background section of the patent application. 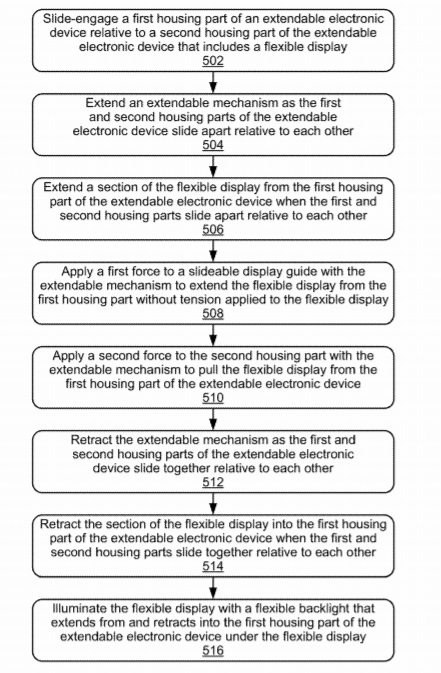 Since this concept is still in the patent stage, there’s absolutely no guarantee that it would ever see daylight. Patents like this one come and go. With the foldable mobile devices being the next big thing, it’s likely Microsoft will skip such an idea as it wouldn’t make sense in the smartphone or tablet market.

In related news, Microsoft is said to be working on a new mobile-type device codenamed called Andromeda and it could feature two displays design. Andromeda is said to be a pocketable device with a large and foldable display.