Microsoft has released a new update for the Microsoft Store web version, and this version brings both new features and visual improvements. Microsoft Store is finally on a part with Google Play Store.

Microsoft has also replaced “Get the app” option with “Install/Open”. If you have downloaded the app on any of your devices, the Microsoft Store will display a label “You own this product.” It also includes font improvements.

Microsoft has also added a new feature that allows users to install apps on devices from the web version. You can sign-in to your Microsoft account on the web browser, and install apps on any linked devices. 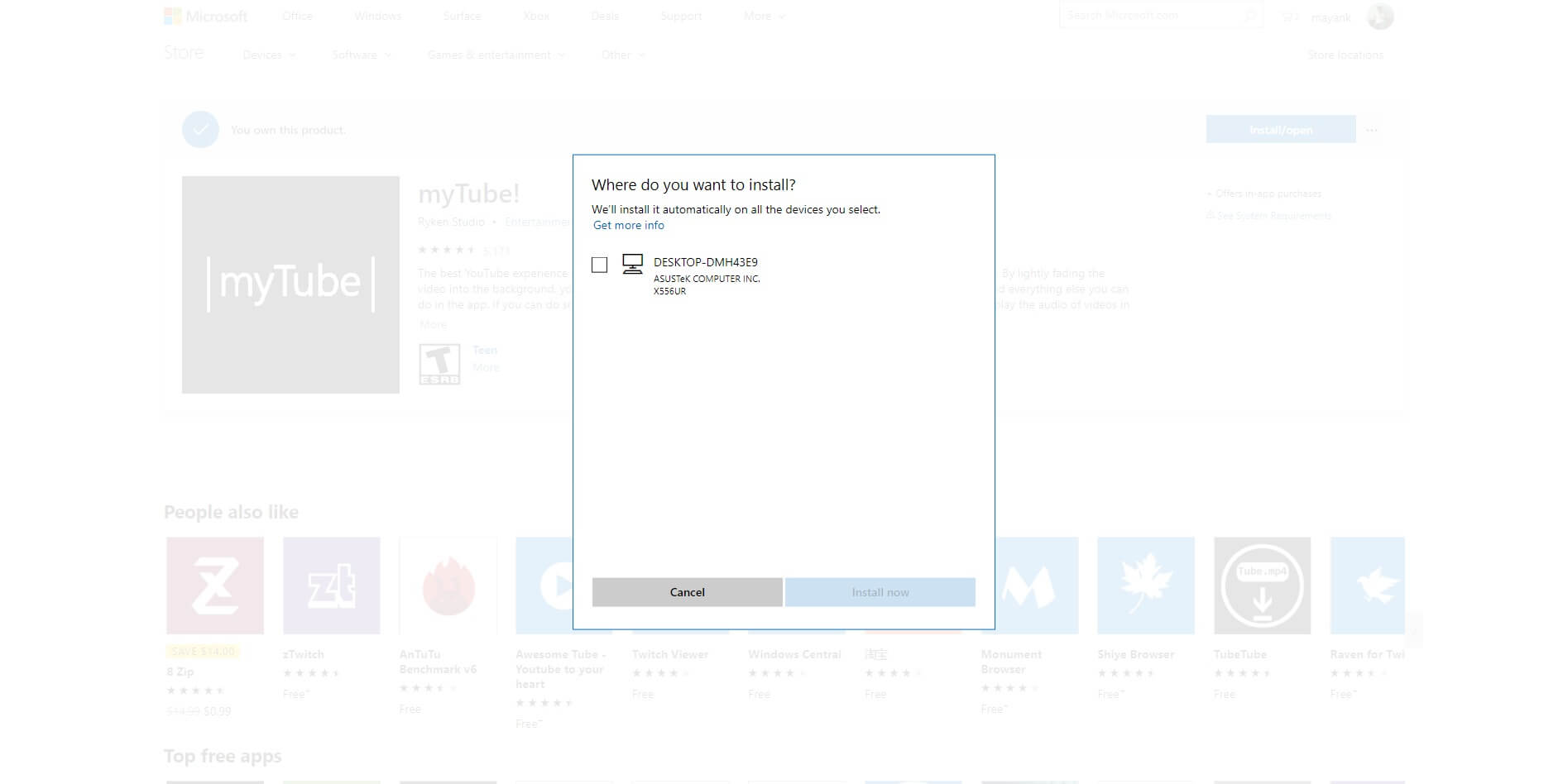 We have noticed that this facelift is available on all browsers, and the changes are visible in the US, UK and India. It appears to be rolling out and you should see these improvements as well in the coming hours.

We can confirm that the new web version of Microsoft Store is widely rolling out and it’s not a A/B testing.

A couple of days ago, Microsoft also updated the Store app for Windows 10 devices with Fluent Design treatment and other important changes. Microsoft Store already comes with acrylic effect, and update introduced the reveal effect that advances the visual makeover. The update also improved the search bar, added browse option to reviews at the end of each page.

Microsoft Store (formerly Windows Store) has been heavily criticized for app gap problem and having the big titles pulled from the Store again and again was certainly not indicative of a healthy app ecosystem. Microsoft is working hard to find a way to overcome the issue and increase developer interest in Windows 10 operating system.

While Microsoft has been trying to grab developer interest and it has also improved the app marketplace, Microsoft Store itself is quite buggy on Windows 10 and there are some glitches that still need to be addressed.