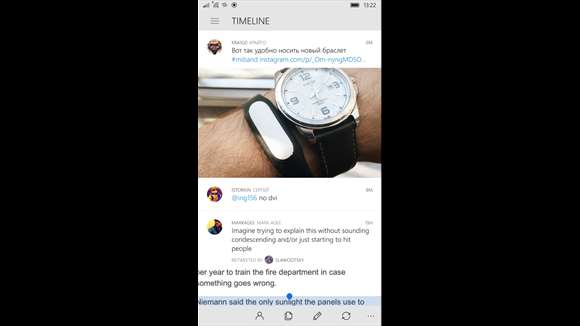 Tweet it! is a third party Twitter app available for Windows 10 and Windows 10 Mobile. The app is on par with the Twitter app on iOS and Android and is much feature rich as compared to the official Twitter app on Windows whose support has been discontinued.

The Tweet it! app is now receiving a minor new  update for Windows 10 PC and Mobile users. The latest update to the third party application comes with support for 280 characters. The character limit was increased by Twitter sometime ago for its app on all platforms except Windows which still has the limit of 140 characters.

With the increase in character limit, users will now be able to write a long tweet with all the details and post it in one go rather than posting two separate tweets which was the case earlier with Tweet it app supporting the 140 character limit.

The Tweet it app supports Push notification along with letting users to interact without opening the app. Users will be able to get notifications on whom they are following and also who have requested them to follow.

The app can also support users who wish to have more than one Tweet it account. But they would be able to only have maximum 3 accounts. The update is currently rolling out to Windows 10 users and if you haven’t yet got it wait for some time before the update hits your device.