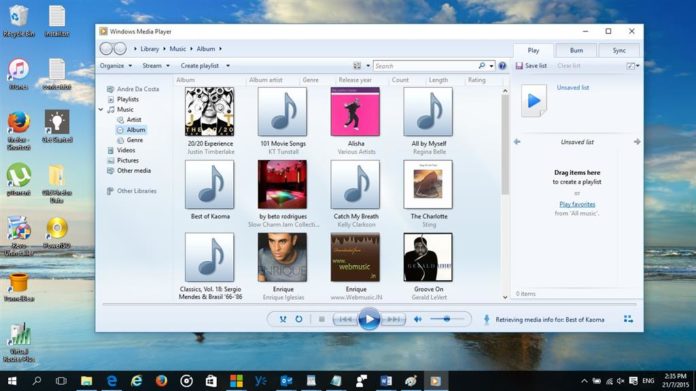 Microsoft’s latest iteration of it’s popular OS, Windows 10 builds upon a completely different base. With the Microsoft Store and Universal Apps, Microsoft is trying to ditch the old and reliable x86 platform in favor of the modern UWP apps. Many of the old apps are being deprecated in favor of UWP apps, and it looks like the beloved Windows Media Player is next in the line.

According to a post on Reddit, some users are getting a pop up asking them to switch to the Movies & TV app when opening video files in Windows Media Player. For those unaware, Movies & TV is a universal app from Microsoft for Windows 10 devices. As the name suggests, the app is used to play video files. The app also serves has a good sized catalog of Movies and TV shows that can be downloaded or watched.

Movies & TV first started as Xbox Videos in Windows 8 and Windows Phone 8 and then got renamed in Windows 10. It also got a UI uplift and became better with more new features, but like most UWP apps, it still has its limitations. It still can’t play all formats, there are not enough functions when compared to full fledged media player apps and it still has its fair share of bugs.

Whether Microsoft’s strategy proves to be successful or not, only time can tell. The message is clear, prepare for being locked into the Microsoft Store in the near future, whether you like it or not.