Users have confirmed to us that Windows 10 Mobile Build 15254.249 won’t install on some Windows Phones, users might hit error “we couldn’t install updates because there’s a problem with the date and time information on your device. Make sure your date, time, and time zone settings are correct and we’ll try again later”.

It appears to be a server-side bug and to fix this, you can change your date to February 15. Since Microsoft barely cares about Windows 10 Mobile operating system these days, don’t expect an emergency update to be shipped anytime soon.

This update was shipped to Windows Phones enrolled in the Windows Insider program, at a time when we thought the program has been discontinued for phones, and when nobody expected the mobile insiders to get such updates. 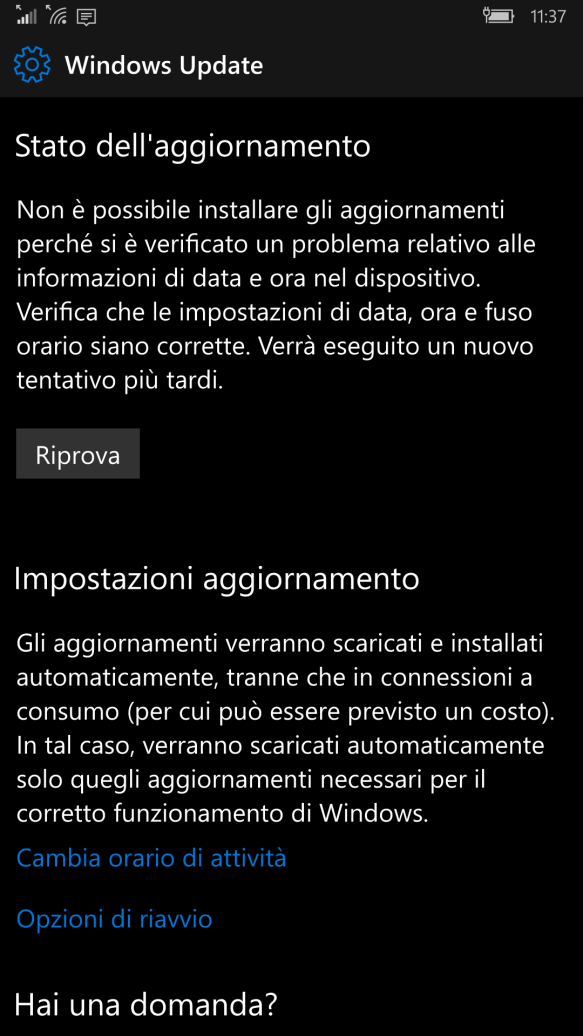 Microsoft itself said that Windows Insider program for phones was discontinued, and yet the company is releasing a cumulative update that’s specifically aimed at the Insiders in the Fast and Slow Ring. We can still hope that such improvements for Windows 10 Mobile Insiders would continue to be released.

Build 15254.249 comes with no major changes, though it has some known issues, for example, PDF support in Microsoft Edge is broken and since Microsoft has removed the official PDF reader, you cannot view any PDF document on your phone without the third-party apps.

Thanks, Colex, Adam and everyone else who tipped us!