Windows 10 Mobile, which is the last version of Microsoft’s mobile operating system, won’t receive any updates going forward. You can still use Windows 10 Mobile and some apps including Office will continue to work, but more important apps such as WhatsApp will stop working in a few weeks.

Microsoft recommends users to switch to Android or iPhone where its apps are updated regularly with new features and improvements.

Microsoft has also confirmed that support for Windows 10 Mobile Office apps will end in January 2021.

“Because of the lack of security updates, we strongly recommend that if you wish to use Office on a phone you transition to the latest Microsoft Office apps on an iOS or Android phone,” Microsoft explains.

Some third-party apps will continue to run on Windows 10 Mobile, so you’ll be able to access Facebook and Instagram but some services like WhatsApp won’t work. It shouldn’t take too long before the majority of apps including third-party apps stop working.

In other words, you will need to switch to Android or iPhone, and another option is to install Windows 10 ARM. 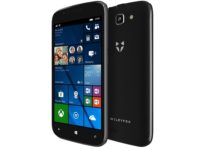