On the hardware side, NVIDIA GeForce GTX 1060 is the most used graphics card among the users and the 8 GB RAM is leading in the System RAM department. 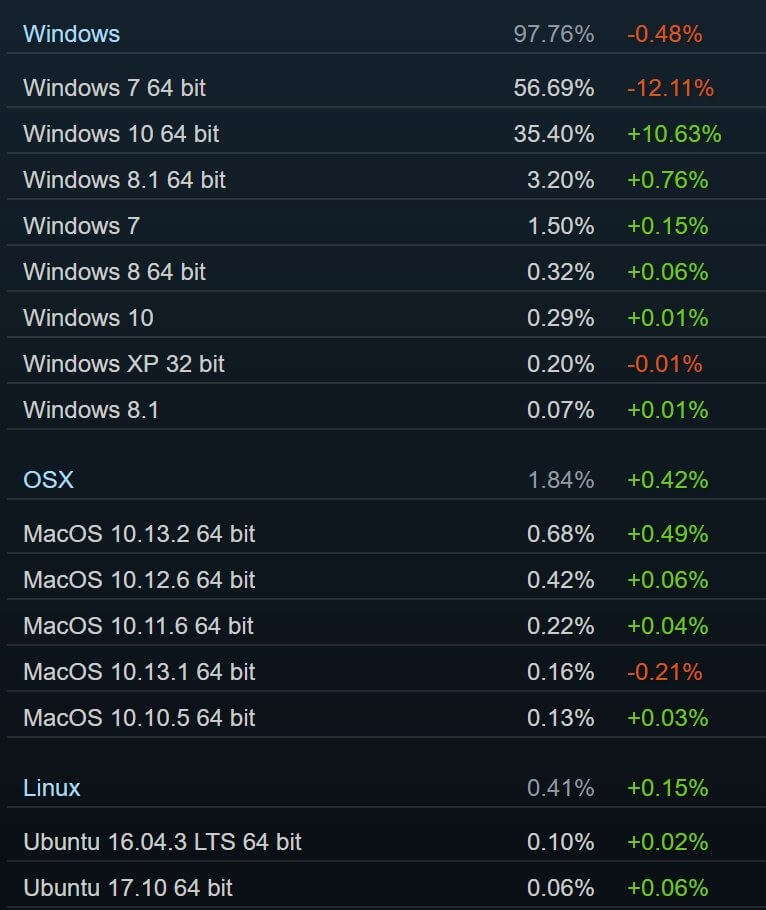 Windows 10 brings many features to enhance the gaming experience like Game Mode, introduced in the Creators Update, which helps to boost the performance to enhance the experience. The OS also has better integration with Xbox. Sooner or later, Windows 10 would overtake Windows 7.

The new Windows 10 Update (codenamed Redstone 4) also known as Windows 10 Spring Creators Update is going to be released soon. Let’s hope the update would perform good and help the OS attract more gamers in the future.