Kantar, one of the world’s largest insight information and consultancy group recently revealed a data that depicts that Windows phone fans are slowly making their way to Android. The data is for three month period, ending last December. Although Windows phone market share is very tiny right now, the migration from Windows phone is helping Android to make fewer losses. Google’s Android witnessed a loss after the arrival of iPhone X but now it looks like Windows Phone is here to make Android flourish again. 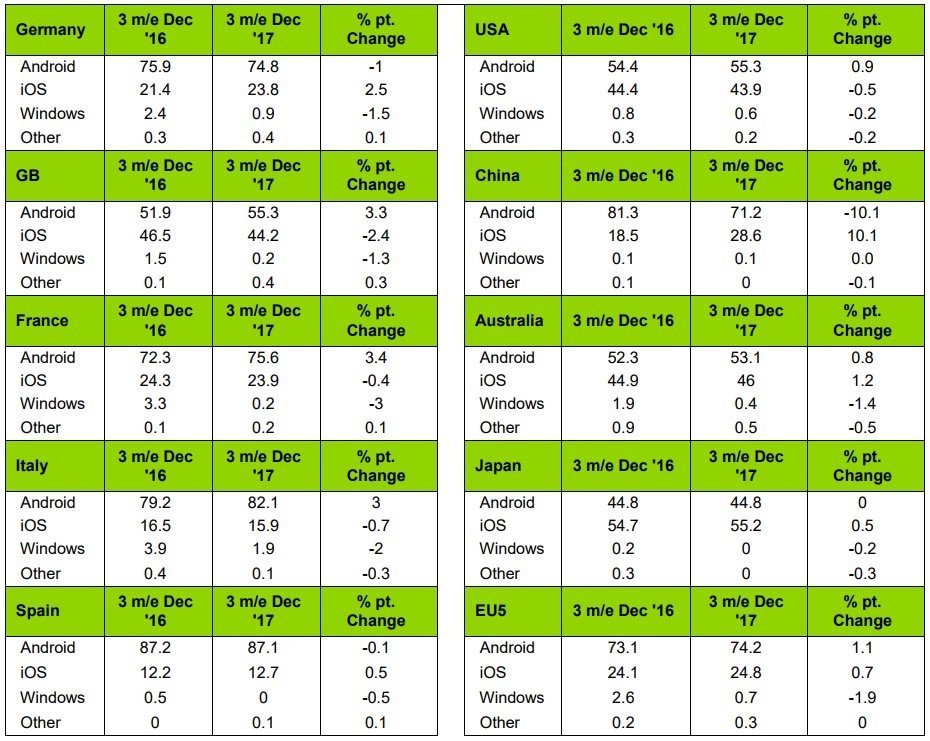 “Despite a strong performance by iOS across most markets, Android losses have to some extent been cushioned by the rapid fall of Windows, whose share now stands at under 1% in all markets except Italy,” Kantar says.

The highest decline was observed in France where the platform fell to 0.2% from 3.3%. Although USA and China did not fell much albeit, the overall decline is quite noticeable.

Windows phone had a good market share in Italy and Australia. Windows phone was only second to Android in this two market. There is a 2% decline in Italy, from 3.9% to 1.9%. Italy currently has the highest amount of Windows phone users if Kantar is to be believed. Australia witnessed 1.4% decline from 1.9% to 0.4%.

In Japan and Spain, Windows phone is completely wiped out, fell from 0.2% and 0.5% respectively. Android is currently leading with a market share of close to 90%.

While Windows phone is falling so rapidly, Android, on the other hand, making their grip stronger in these markets. Needless to say that most of the growth in Android is coming from the Windows phone population. It will be interesting to see when actually Windows phone wipe out completely from the market.

If Microsoft is to be believed there is no development happening in Windows phone. Although Microsoft did not mention anything explicitly their recent move of disintegrating Windows Insider for mobile is a silent announcement.