With the latest update, Microsoft has removed the Acrylic effect from the hamburger menu on Windows 10 Mobile and small-screen tablets. Microsoft is finally adding the support for Live Tiles once again and apart from the above-mentioned changes, Microsoft has also improved the overall performance of Store on Windows 10 devices. 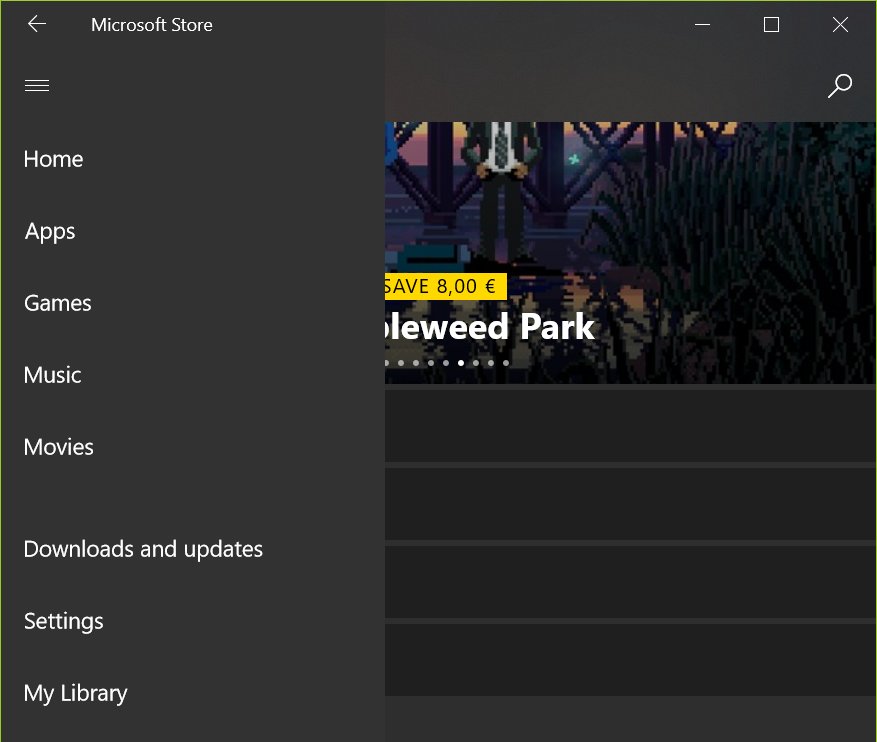 As Fluent Design on Windows 10 Mobile ruins the performance of the applications, Microsoft is removing the new design language from Windows phones. The updated version of Microsoft Store is available for Windows Insiders on the Fast Ring and Release Preview Ring.

In other news, Microsoft recently announced that it’s possible to shop Surface hardware and accessories from the Microsoft Store app. To buy Surface devices from the Windows 10’s Store app, you may need to have version 11709.1001.7 or higher, and you can learn more about this feature here.