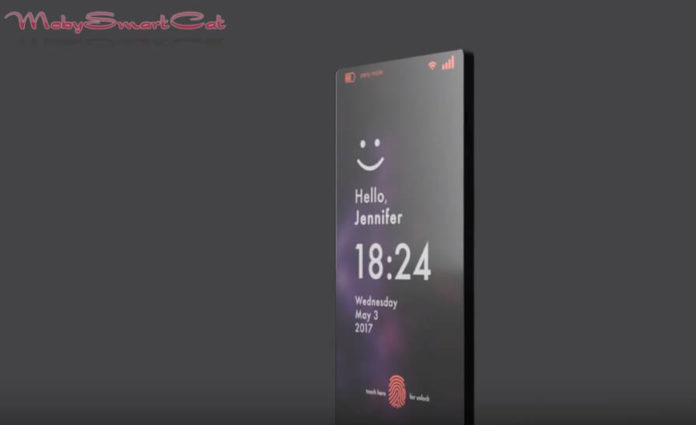 A new concept has been posted on YouTube and it shows the Microsoft’s Surface Phone in a premium look. While Microsoft has abondoned the platform and it is winding down the mobile business, this is not stopping the enthusiasts from creating new stunning concepts. The concept images the Surface Phone with aluminium body, delivering a stunning look which is not slippery like other smartphones and the back of the device is also not prone to scratches.

In past, Microsoft has also used the aluminium coating on its Lumia device but only on the sides. In this concept, the designer has imagined the ultimate mobile device with aluminium finish on the sides and back as well. The devive has a brilliant 5.7-inch display, competing with the latest smartphones from the big tech giants. Furthermore, it has a super AMOLED edge-to-edge display while the bezel still exists.

In this concept, the utimate mobile device features the fingerprint scanner under the display and even Microsoft has patented a similar design where it plans to put the scanner underneath of the display, saving the space instead of having a dedicated fingerprint scanner. Specs wise, it has been imagined as a high-end device with 6GB of RAM and 128/256GB internal storage, powered by Qualcomm Snapdragon 835 processor. The other features include 21-megapixel rear camera, 12-megapizel front camera, support for Quick and Wireless charging.

The imaginary handset looks great but it is yet another idea grounded in reality, as Microsoft won’t release a smartphone imagined in the concept. Some might also argue that the conceptual handset is lacking in imagination, but still the idea is great. Of course, if the Surface Phone ever comes to the market, it won’t look anything like this.