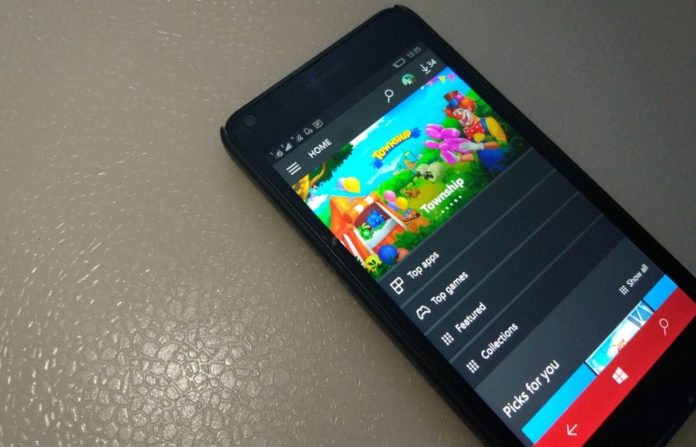 The company is now rolling out a new update to Microsoft Store for Windows 10 Mobile with one new feature. It could be a server-side update, anyways the latest Store version is 11709.1001.7.0 on the Release Preview Ring and it has one new minor feature.

Microsoft Store for Windows 10 Mobile has been recently updated with one new feature that lets you buy Xbox One games directly from your Windows Phone. A small but a neat feature and it is available on Windows 10 PCs for a while now but for due to some reasons, the feature wasn’t working on some Windows Phones, it appears to have been fixed now.

You can buy the non-Xbox Play Anywhere games as well. All you need to do is open a game page and click on buy option, the Windows Store will install the game to your Xbox One once you’ll turn on the console.

Microsoft recently rebranded the Windows Store to Microsoft Store. The company is also testing a new feature in the Microsoft Store that lets you buy new hardware such as the Surface Laptop directly from Windows 10 PCs, Tablets, Xbox One and as well as Windows Phone. If you are a Windows Insider, you will be already having the feature to buy Xbox One games from the Windows Phones and PCs.