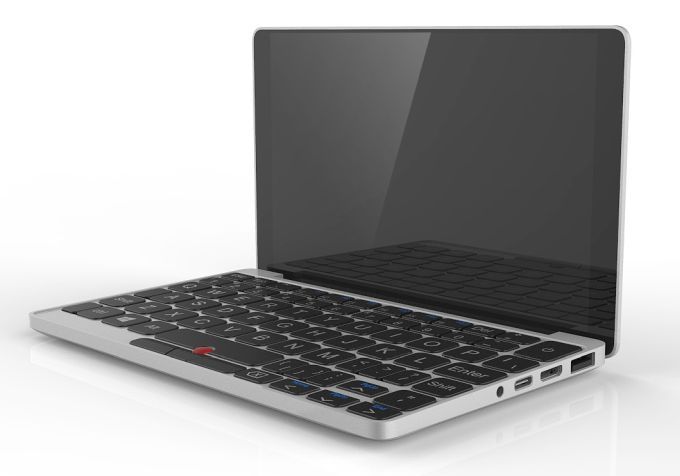 Now the company is preparing to launch a 7 inch touchscreen laptop which will fit inside your pocket. They named it GPD Pocket and it will support either WIndows 10 or Ubuntu 16.04 linux.  While there are only few rendered images and mockup prototypes , but the specifications will be like this –

As shown in the picture, it will have all the usual ports like USB type C , fullsized USB port, HDMI port and Headphone jack. It does not have any touchpad but the includes a QWERTY keyboard and Lenovo’s ThinkPad style pointing nub which will act as a mouse. It will also have an aluminum chassis.

This device seems interesting especially with Windows 10 inside. However most desktop softwares does not work well in small display but the store apps should scale just fine. This device is for those who want a small windows 10 laptop to carry everywhere in pocket. There are no confirmation on the price or the release date. We will tell you once they make it available.