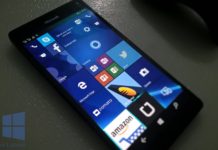 Microsoft releases Windows 10 build 14393.82 to Release Preview users of the Windows Insider Program both PC and Mobile today. This follows the release of Windows 10 Anniversary Update for Mobile earlier today which has build 14393.67. Be sure to check out our review here.

If you are already in the Release Preview ring, you can not get it thru Windows/Phone Update. Head to Settings to get the update.

If you want to enroll in Release Preview Ring, go to Settings > Update & Security > Windows Insider Program > Get Started and select Release Preview. For PC users, it will take some time for the configuration to be implemented while Mobile is configured instantly.

The changelog is not yet available for 14393.82. We will update you as soon it goes out.