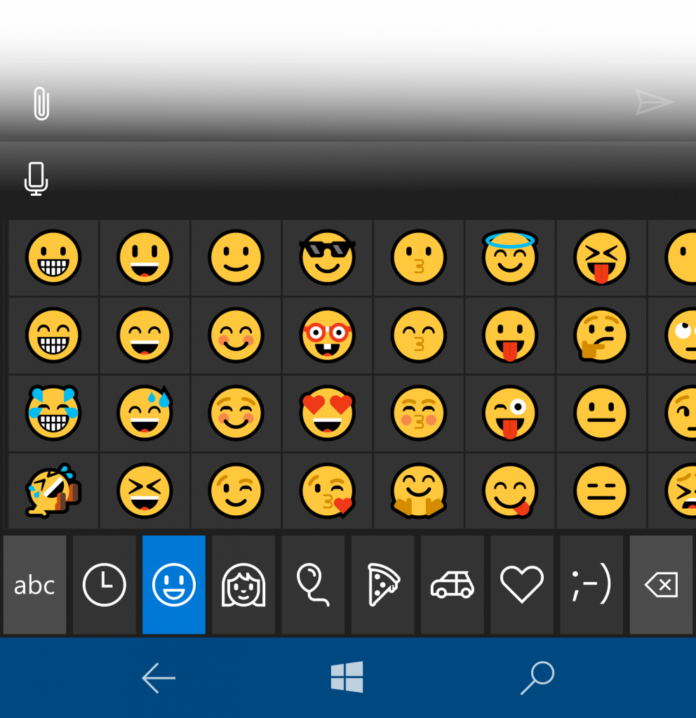 Today, Microsoft has released Windows 10 Mobile Insider Preview Build 14322 for Windows Insiders in the Fast ring. We have already reported about What’s Fixed and Known issues in this build 14322.This build introduced a lot of changes this time.

This build brings our new emoji to your phone. As part of this work, the emoji section of the keyboard has been slightly reorganized to better align with the newly available emoji. It’s now arranged as follows: Favorites, Smileys and Animals, People, Celebrations and Objects, Food and Plants, Transportation and Places, Symbols, and ASCII emoticons.

For more on our new emoji, check out the blog post for Build 14316 for PC.

Better copy/paste: We’ve made a couple of improvements to copy and paste on the phone. When you are typing into an edit box on a web page, you will now be able to use the paste button above the keyboard. Also, if you select text on a web page the copy button will appear immediately near the selection.

Better tab behavior: Microsoft Edge keeps your tabs under control when you use it with apps on your phone. If you tap on a link in an app that opens a new tab in Microsoft Edge, pressing the back button when you’re done will close that tab, then take you back to the app. Your tabs list stays lean and relevant, by smartly closing tabs you’re done with.

Improved experience while on Lock screen 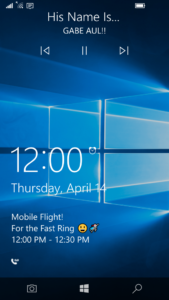 Commenting in the Feedback Hub