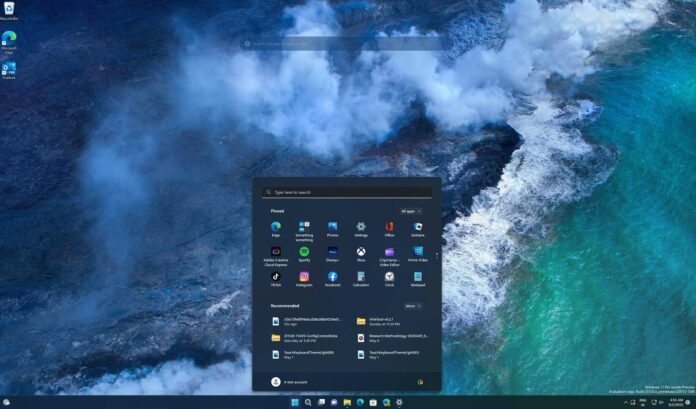 Windows 11 KB5017846 is now rolling out to testers in the Beta Channel and it apparently fixes several bugs ahead of Sun Valley 2’s public rollout. It doesn’t come with any new features, but there are several notable tweaks. For example, the taskbar’s new overflow menu now follows accent colour, a minor ‘feature’ that has been missing in previous builds.

Unlike the traditional cumulative updates, KB5017846 won’t enable the same set of features/improvements for everyone. That’s because Windows 11 22H2 updates are split into two parts – Build 22621 and Build 22622.

The ‘Build 22621’ focuses entirely on minor fixes and features are turned off by default. On the other hand, Build 22622.290 includes new features that are enabled for all users. In this case, KB5017846 (Build 22622.290) comes with a couple of new additions, including an updated overflow flyout that will respect your OS accent colour. 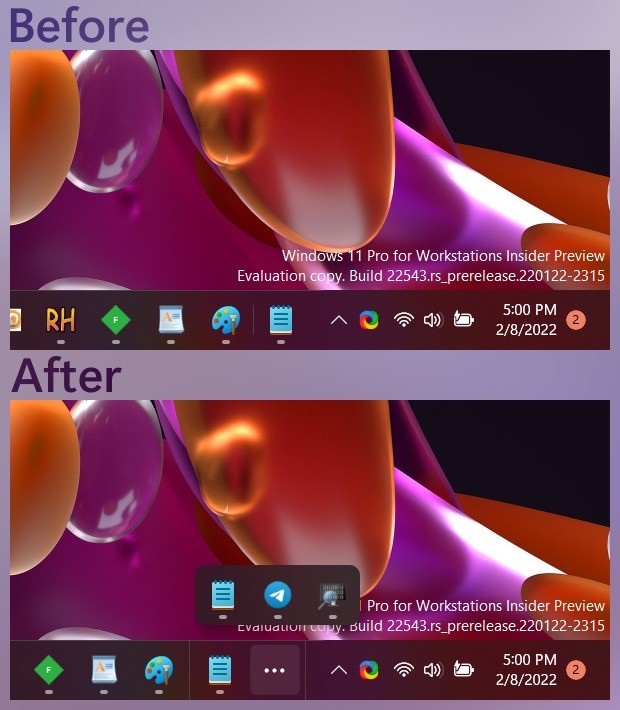 As you’re probably aware, Windows 11 22H2 is set to bring back support for drag and drop, and it will also enable a new feature called ‘overflow flyout‘. This overflow flyout is visible or accessible when you’ve too many apps pinned or opened, and it aims to streamline the experience.

After this week’s update, the taskbar’s overflow flyout will follow your accent colour when you enable “Show accent colour on Start and taskbar” under Settings > Personalization > Colors.

Likewise, another change fixes an issue where the flyout displays apps in incorrect order when the language is either Arabic or Hebrew.

Microsoft has fixed an issue that crashes Control Panel when users try to launch it from the Start, Windows Search or shortcut pinned to the taskbar.

Unfortunately, Microsoft has turned off the ability to share local files to OneDrive using Windows 11’s share menu. This feature was first added to the operating system in Dev Channel, but it has been taken offline due to feedback from testers.

Microsoft plans to bring back the OneDrive integration in the future after making additional changes to the menu.

As Microsoft has stated in their previous statements, features shipped to users in Dev or Beta Channels may not always show up on production builds.

Microsoft is aware of at least two known problems in this Windows 11’s cumulative preview update. As per the company, some users may not be able to open File Explorer. This issue is unrelated to existing File Explorer problems and Microsoft is planning to fix it in the next update.

There’s another bug where File Explorer’s command bar items like copy, paste, and empty recycle bin may not work.