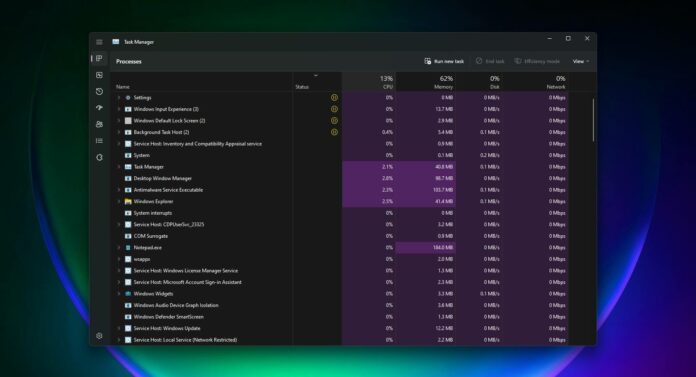 Windows 11 version 22H2, this year’s first major update, will begin rolling out in a few weeks. Users that have signed up for the Windows Insider Program are already getting a taste of the new features, such as the updated taskbar with drag and drop, faster context menus, and a new Task Manager.

One of the noticeable changes in Windows 11 version 22H2 is the new Task Manager. The Task Manager is getting Microsoft’s Fluent Design system, WinUI 3.0 facelift, and more. As you can see in the below screenshots, Task Manager now looks more modern and uses a new layout with all key options on the left-side column, similar to Settings.

More common tasks have been moved to a bar across the top, making room for new options in Task Manager. In Windows 11 Build 22588, Microsoft is testing a new feature that lets you generate kernel or full crash dump via Task Manager. For those unaware, the dump file is automatically generated when Windows can’t run correctly due to BSOD.

The dump file produced from this event is called a system crash dump. It is possible to generate a crash dump using the Control Panel. 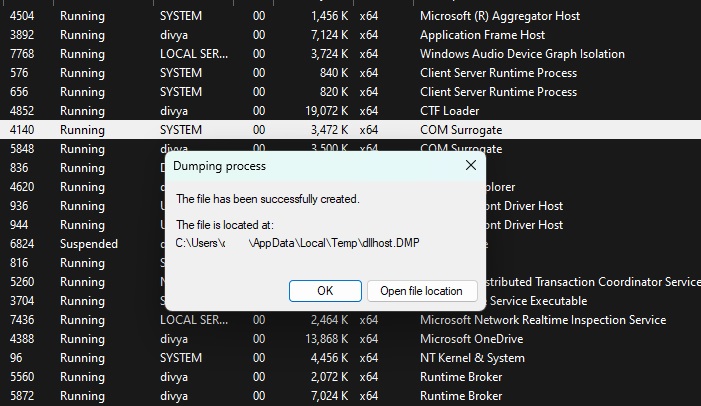 Starting with the next feature update, you’ll be able to generate live crash dumps using the Task Manager, as shown in the below screenshot. 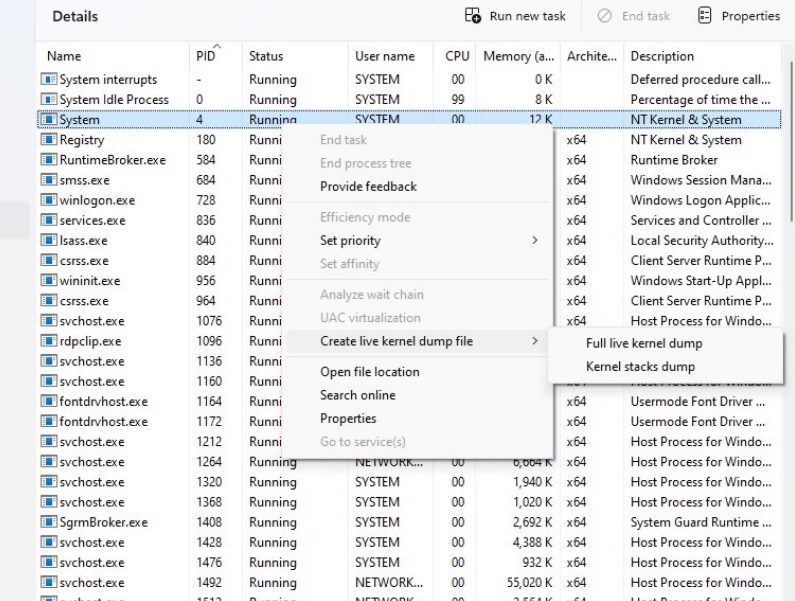 This feature is particularly useful as it lets you easily troubleshoot several issues because the crash dump includes the record of system memory at the time of a crash.

Other changes coming to the Task Manager

As mentioned at the outset, Task Manager is adopting Microsoft’s Fluent Design to appear more consistent with the rest of the operating system. 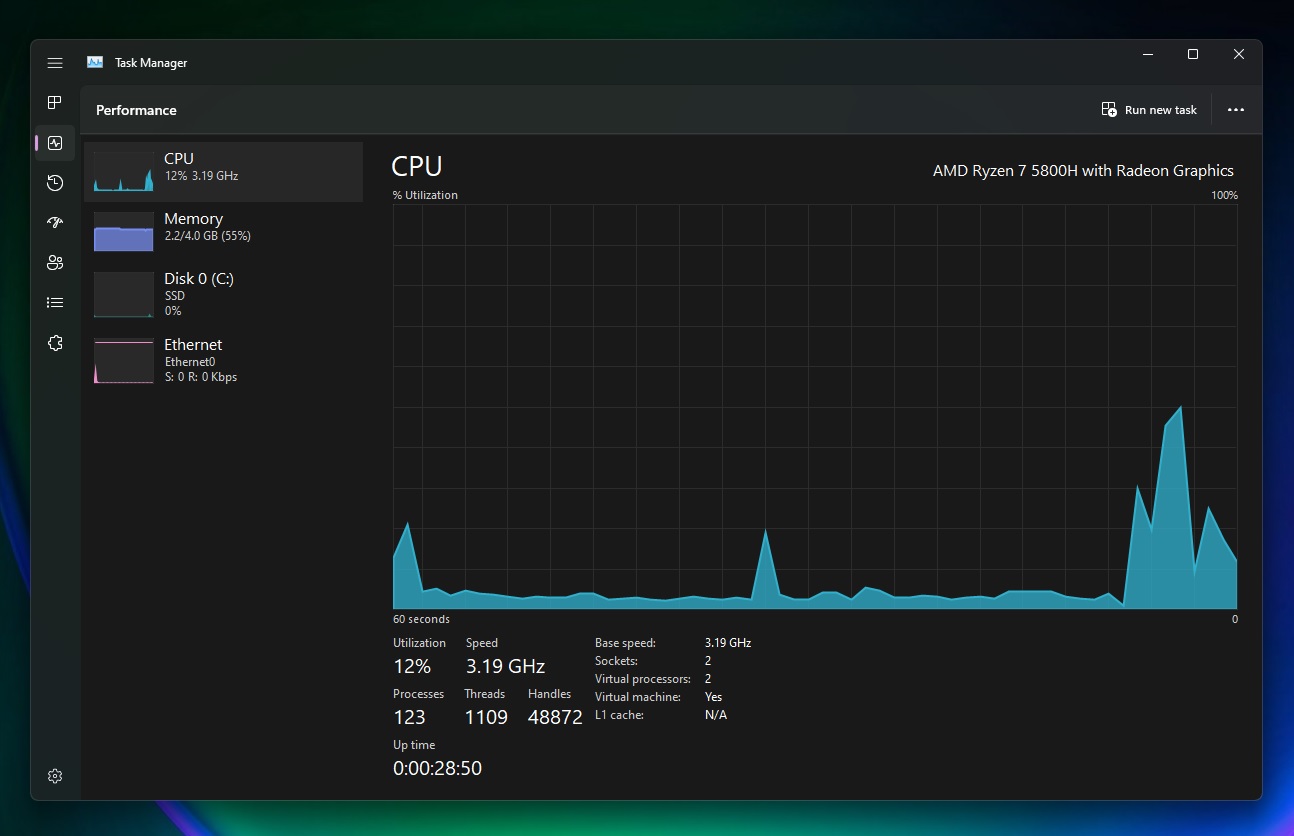 Thanks to the changes, Task Manager is now much more touchscreen friendly, which isn’t a huge surprise as Windows 11 continues to push touch-friendly user controls.

In addition to the traditional Fluent Design makeover, Microsoft is also adding ‘Mica’, a virtual design material, which matches the background of the app with the desktop. Of course, there’s support for Dark Mode, which looks great with Mica and bright desktop background.

One of the new features is ‘Efficiency mode’ which lets you limit system resources (CPU) for specific programs or processes. This functionality is particularly useful for battery efficiency, as you can manually limit CPU usage of select processes while prioritizing the processes you want.