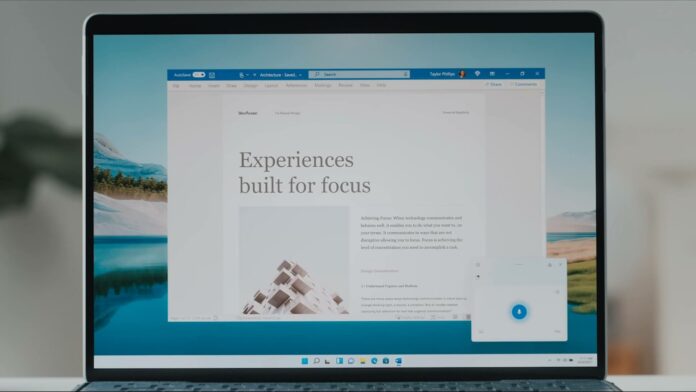 If you use OneNote on Windows, you’re probably aware of the fact that the company has made things complex by offering two separate OneNote clients. The company offers two OneNote apps – OneNote for Windows 10 (based on UWP principles) and a full-fledged desktop client offered with Office.

Microsoft wants to create a single OneNote app for Windows, but the company doesn’t want to upset the consumer base. Microsoft is planning to add new features to the OneNote desktop and update it with Windows 11-inspired Fluent Design, Mica material, and rounded corners.

As part of the efforts to consolidate multiple OneNote apps into a single new version, the company plans to retire and replace ‘OneNote for Windows 10’ with the existing desktop client which will be updated with new visuals and features from the OneNote app offered in Microsoft Store.

It is worth noting that Windows 11 no longer comes with ‘OneNote for Windows 10’ installed by default, but you can still download it from the Microsoft Store.

Microsoft is not working on a third OneNote app

As mentioned, officials said that the plan is to add features from ‘OneNote for Windows 10’ to the Win32 OneNote app. While this happens, both apps will continue to run in Windows 11 and Windows 10, which means the migration won’t affect users, at least for now.

In Reddit comments, Microsoft officials confirmed that the company is now testing this new update internally and it will be coming soon “along with updated visuals”.

“Your patience will pay off, the updates are being tested as I type this message,” one Microsoft OneNote program manager noted.

Users on OneNote UWP will get an in-app invitation to update to the new unified OneNote app when the new version is stable enough.

As you can see in the above mockups posted by Microsoft, OneNote desktop is expected to get a visual refresh to match the rest of the Office apps on Windows 11, a new navigational layout option that can be customized per your liking, new inking functionalities currently offered in Microsoft Store/UWP version, better pen support, and more.

This is possible because of “Project Reunion” which aims to bridge the gap between the Universal Windows Platform (UWP) and Win32.

With Project Reunion, Microsoft is bringing UWP APIs to Win32 and phasing out some UWP apps by creating new versions built on top of the existing Win32 framework.

Snipping Tool, which has been updated with Windows 11 design while retaining the legacy features, is a perfect example of Project Reunion efforts.