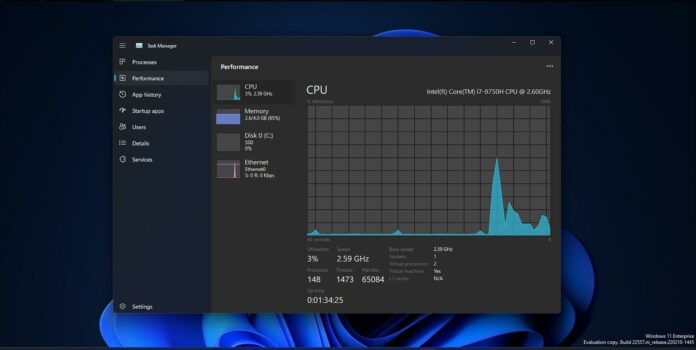 With version 22H2 or Sun Valley 2, another visual change is coming to Windows 11. One of the most useful and popular tools “Task Manager” is getting updated with Fluent Design and WinUI to bring it more in line with the rest of the operating system’s new design approach.

Microsoft has been working on redesigned Task Manager for a few months now and it is in the early stage of development, so it doesn’t contain a lot of modern design changes at the moment. Task Manager’s new design uses WinUI and it is built on top of the existing Win32 framework

In other words, Microsoft is not planning to build Task Manager from scratch in UWP. The company plans to incorporate Windows 11’s new theme into the existing Task manager, and add support for a few new features, such as dark mode and as well as a dedicated settings page to help users manage certain features.

In addition to dark mode, one notable difference is a new layout to house options like Process, Performance, Disk, GPU, Network, etc.

Microsoft has removed the tabbed interface and replaced it with a more touch-friendly hamburger menu. In place of the existing tabbed interface buttons, you will find a new command bar with options like “New task”, “End Task”, etc. 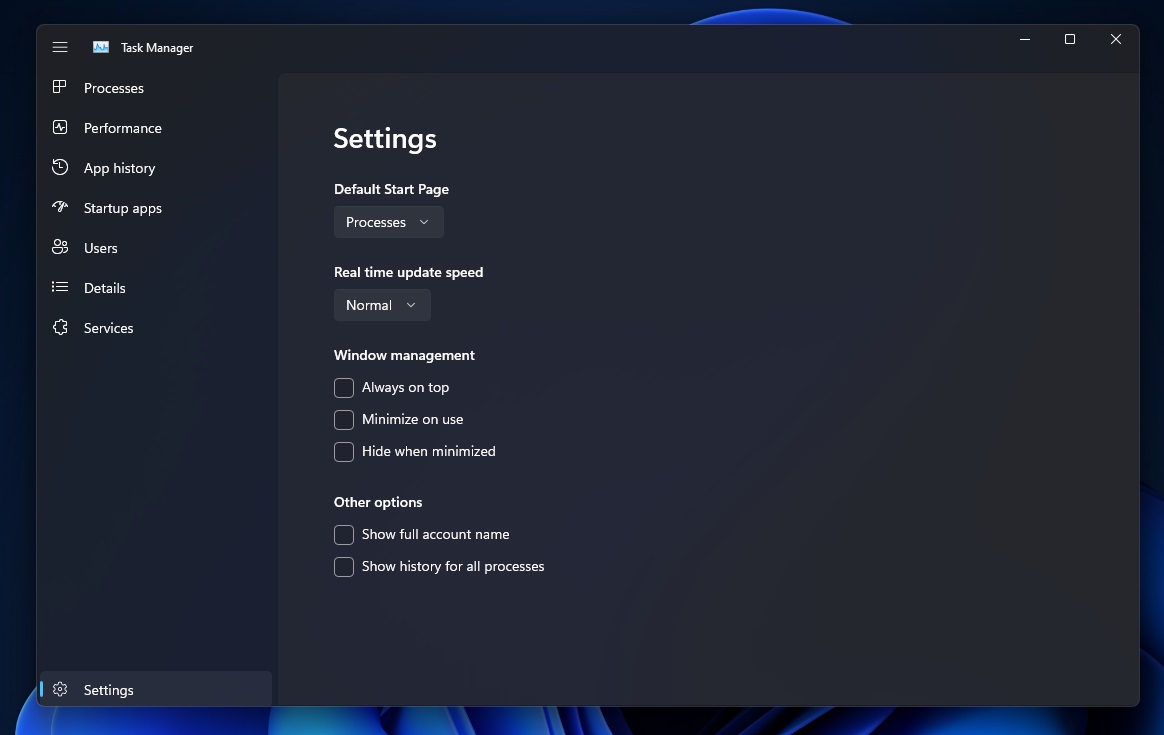 Microsoft has moved other advanced options to a new settings page within the Task Manager.

As you can see in the above screenshot, options like “Default start page”, “Real-time update speed” and “Window management” have been relocated to the settings page for easier accessibility.

Of course, Task Manager’s context menu has also been updated with rounded corners. 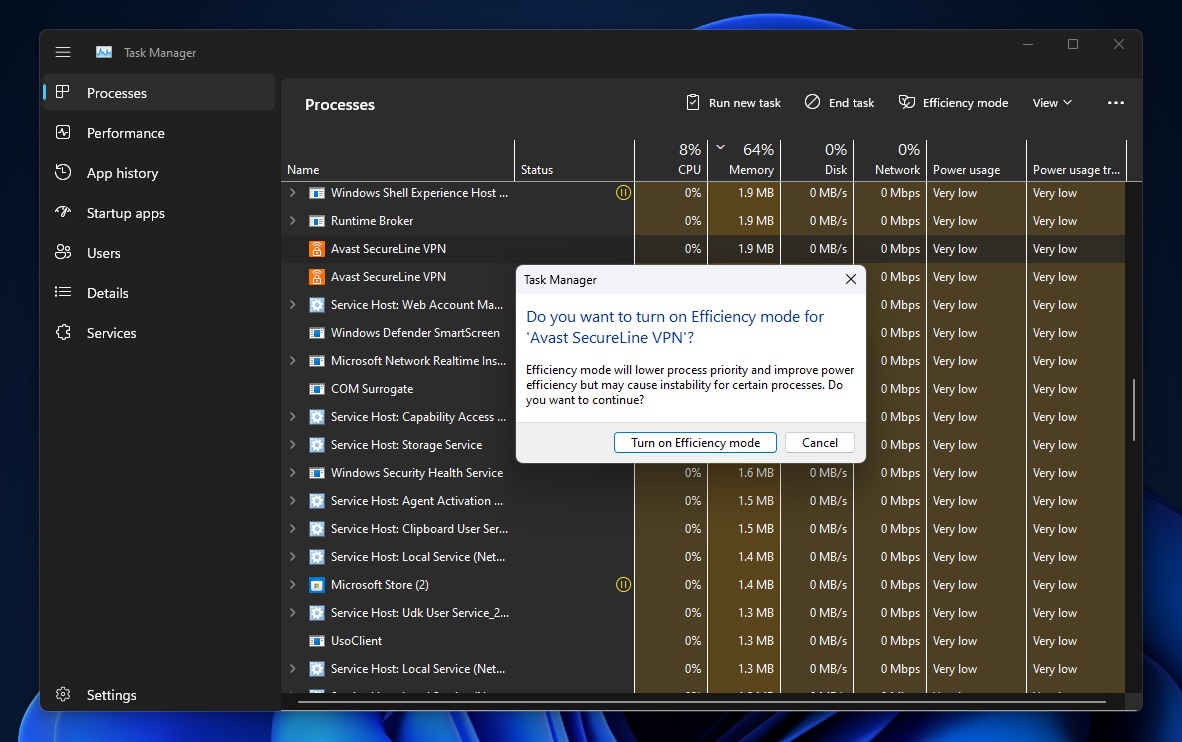 You can launch Efficiency mode from the new command bar on the Processes page. Or you can also right-click on the process. Efficiency mode works on a per-process basis, so it does not apply to the entire group process.

As the name suggests, Efficiency mode lets you minimize resource usage of a particular process without affecting the performance of the OS as a whole. However, it can result in stability issues for linked processes, so the company has disabled the option for all native apps and internal processes.

As Windows Task Manager is still in development, much of the new Task Manager is using elements from the legacy Task Manager. Many of the older elements have been pasted into the new one, so it doesn’t look good when you browse pages like Details, Startup apps, and more. 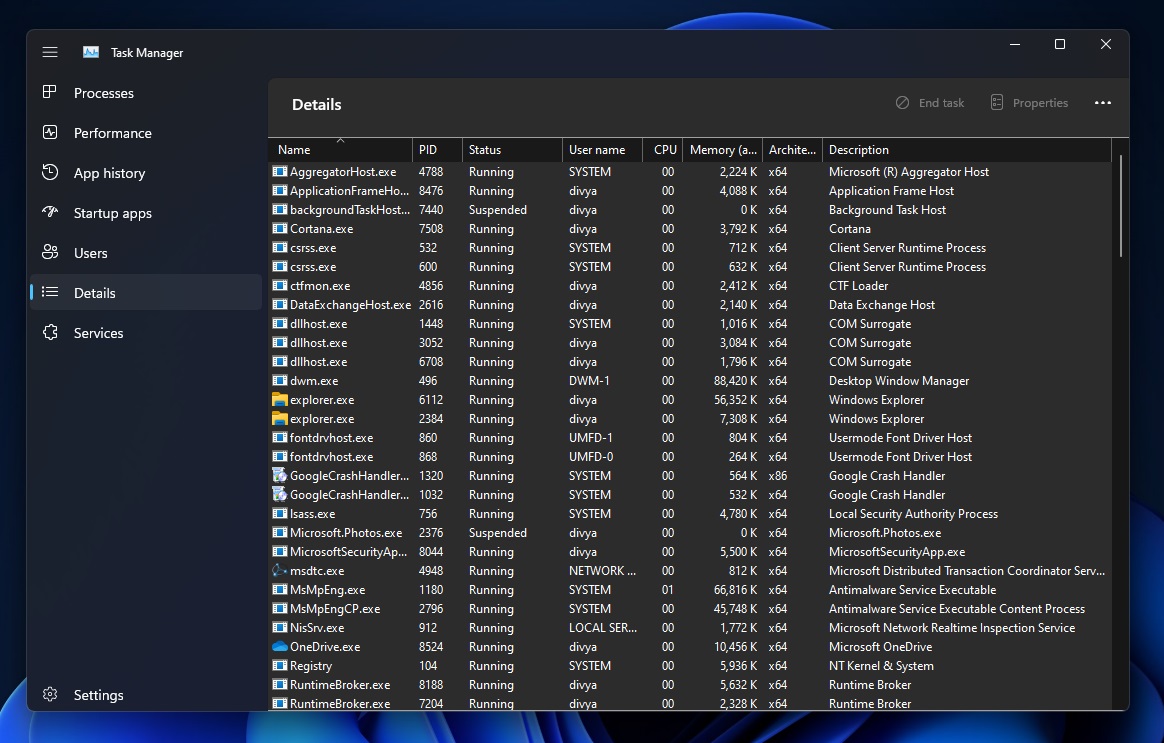 The redesigned Task Manager is currently rolling out with Windows 11 Build 22557 and it is expected to land in the production builds later this year.