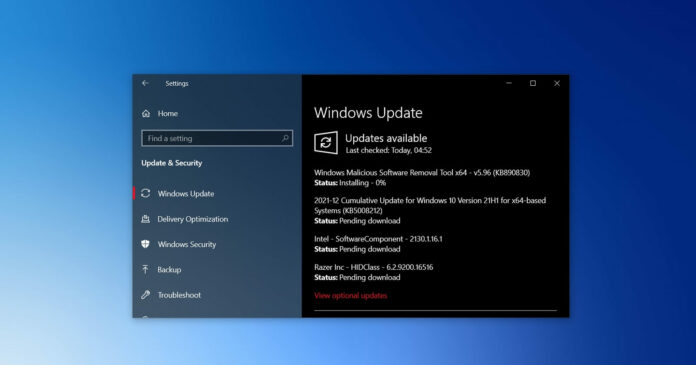 KB5008212 is a security-only update if you have already applied last month’s optional cumulative update. However, if you only have November 2021 Patch Tuesday update installed, this cumulative update will also fix non-security issues with your Windows installation.

That’s because a “cumulative” update includes fixes from previous months in a single package. If you skipped the last few updates or November 2021’s optional patch, installing today’s update will also apply fixes from those updates. Windows as a service approach ensure that a single monthly update is enough for all missing updates.

Microsoft has also published the update for Windows 10 version 2004, but remember that this would be the last patch for the old OS. As you’re probably aware, Windows 10 consumer editions are supported for 18 months and enterprise or education editions can get updates for 30 months. Windows 10 v2004 consumer edition has reached EOL today.

If you check for updates today, you’ll see the following update:

According to official release notes, Windows 10’s December update fixes security issues in the OS and it also contains “miscellaneous security improvements” to the OS functionality. 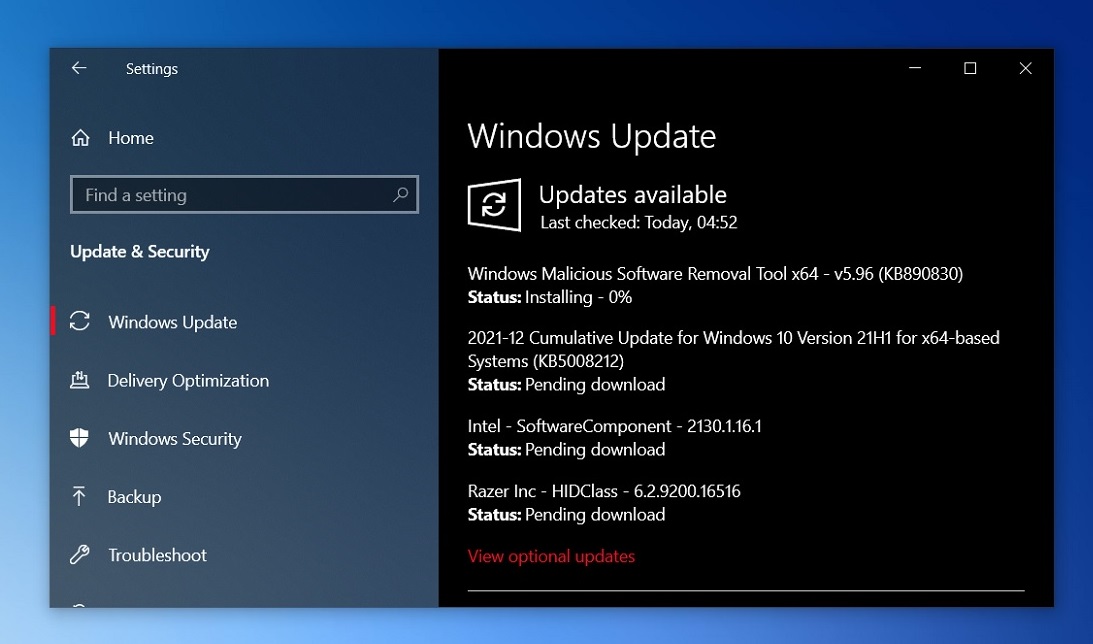 In terms of non-security fixes, Microsoft has fixed an issue where some fonts may not appear correctly on Windows machines.

Another bug has been fixed where the 32-bit version of Microsoft Excel could stop working on devices when you export to PDF. Likewise, another bug affecting the letters or characters of certain fonts has been fixed in this update.

Windows 10 Build 19044.1415 also addresses an issue that crashes Internet Explorer when users try to use Input Method Editor (IME) to insert elements. A bug has been fixed that causes the Settings page to close after you uninstall a font

If you had issues with File Explorer’s folder view, this patch finally includes a fix.

As per the release notes, Microsoft has made changes to File Explorer to address an issue that affects your ability to rename a file using folder view. Additionally, Microsoft has also fixed issues with Windows Game Bar that turns off screen capture and recording functionalities after the service has stopped responding.

Microsoft has patched a bug that could prevent apps from appearing on the Start Menu, especially if you use those apps frequently.

It’s worth noting that Windows 10 update has finally fixed an issue that could crash certain apps from companies like Kaspersky. This can happen when the OS attempts to repair or update the apps using the Microsoft Installer (MSI).

Version 2004 reaches the end of support

For those unaware, Microsoft changed its approach towards Windows 10’s support and update process in 2019. Microsoft confirmed newer feature updates will be forced onto users PC when the company is about to cease support for a particular Windows version.

In other words, if you’re still on Windows 10 version 2004 for whatever reason, you’re going to be automatically upgraded to version 21H1.

Microsoft is also planning to push Windows 10 version 21H2 and Windows 11 to more users in the coming weeks.