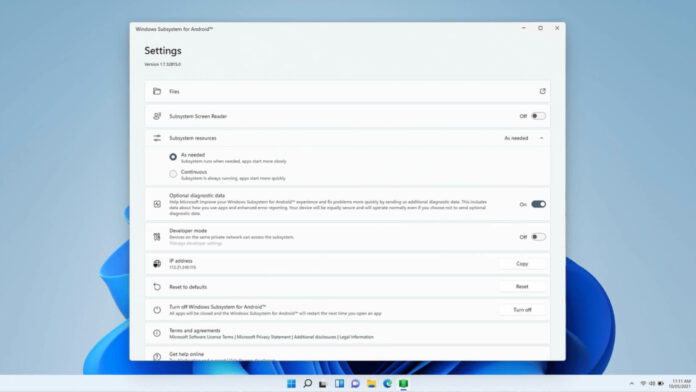 Microsoft has been working on a way to run Android apps on Windows 11 and publish them in the Microsoft Store via the Amazon AppStore. The project is codenamed “Latte” and it’s apparently based on the underlying tech behind Microsoft’s Windows Subsystem for Linux and Project Astoria (Windows 10 Mobile’s cancelled Android support).

Microsoft’s Project Astoria for Windows 10 Mobile worked pretty well without any efforts from developers of those mobile apps. With Project Latte, Microsoft is taking the Android support in Windows to the next level, and the goal of the integration is to try to get more apps on the store.

The tech behind Android apps for Windows 11

Microsoft has confirmed that Android apps will be available on all processor types – AMD, Intel, and Qualcomm. For better performance and extended support, Microsoft has partnered with Intel to leverage their Bridge Technology. Intel’s Bridge Technology, which works on AMD and Intel systems, allows Arm-only apps to run all hardware.

Microsoft has integrated Android Open Source Project (AOSP) version 11 into Windows 11 and it comes with its own dedicated settings page. The Settings page lets you adjust features like Screen Reader, subsystem resources, improve performance of the container, and more.

Like Linux Subsystem, Android Subsystem runs in a Hyper-V Virtual Machine and it is able to understand APIs of Android apps and adjust the experience of AOSP for Windows graphic layer. This subsystem optimizes memory buffers, performance, enables support for keyboard and mouse, and the sensors.

As mentioned at the outset, Android apps support is coming later today and users will be able to download Android components directly from the Microsoft Store.