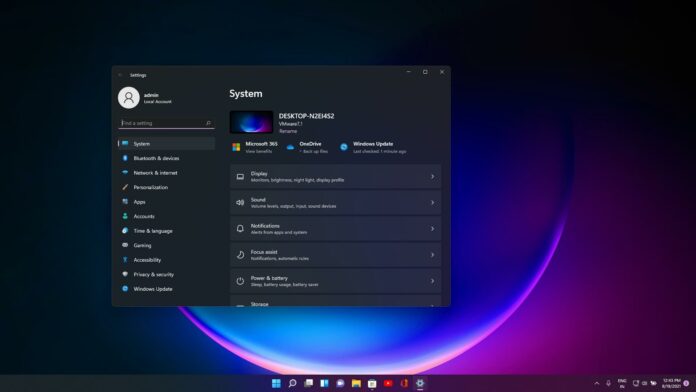 When Microsoft announced Windows 11 in June, the company promised to deliver 40% smaller updates than Windows 10 cumulative updates. Microsoft officials have finally explained how Windows 11 would deliver “seamless updates” that will happen in the background.

Windows 11 is expected to follow Windows 10’s servicing model, so you can expect new cumulative updates every month. However, there’s one important change: Microsoft is switching to an annual feature update model which means a single feature update will be released every year.

In addition to fewer feature updates, Windows Update quality improvements also come from the optimizations that have been made to the update engine in Windows. For example, when you check for updates and a new patch is available, Windows will now compare the new package with what’s already available on the computer.

It will only download the necessary pieces from the server and this would reduce the update sizes by around 40%.

Microsoft officials further explained that the same mechanism will also apply to Windows Update for Business or services like Microsoft Endpoint Manager. Enterprises can manage drivers and critical security updates using the configuration manager. On the other hand, consumers can rely on Windows 11’s optional updates feature.

Microsoft has promised that Windows 11 update process would be less “impactful to users”. In other words, features like active hours will now be turned on by default and Microsoft will be using a new version of its AI/ML tech to determine the hours when you’re not actively using the PC.

To reduce the disturbance and impact of the monthly updates, Windows Updates will be downloaded automatically when you’re not actively using the PC.

It is worth noting that Windows 11 update process won’t be dramatically faster than Windows 10, so you would still need to restart the machine and then stare at that screen for a few minutes.

Microsoft is currently planning to launch Windows 11 on October 5 and it would be slightly faster than the previous versions of Windows 10.