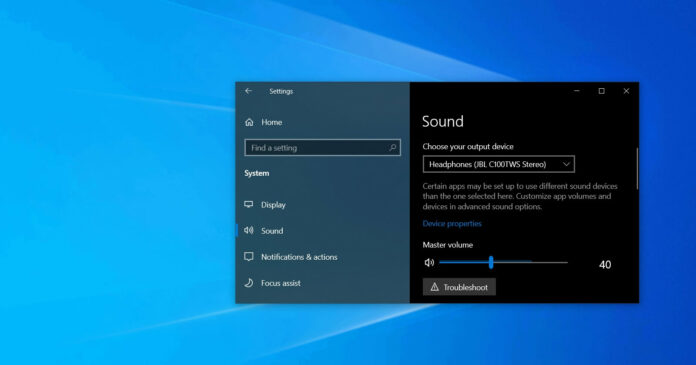 A recently-found audio bug in Windows 10 has just been fixed by Microsoft, but at the moment it’s only available to people who download and install the latest optional preview update (KB5003690).

For those unaware, after recent cumulative updates, Windows 10 users have been reporting some weird audio glitches, including a bug where people can hear a “high-pitched squeaking” sound.

Windows 10 audio issues were first reported in April and the problem is particularly annoying, so it’s good that Microsoft hasn’t wasted any time developing a fix. Microsoft previously confirmed that the bug affects some devices using certain audio configurations, such as Dolby and 5.1 channel.

According to tests, Windows 10 KB5003690 update has finally fixed an issue where users might experience “high-pitched noise” or “squeak” sound in certain apps like Spotify or Groove Music. The problem is experienced when users play audio using certain devices or modern Windows settings app, and it’s not widespread.

As we mentioned at the outset, it’s only fixed in the latest optional patch. This issue remains present in Windows 10’s June 2021 Patch Tuesday updates, meaning that all supported versions – version 21H1, version 20H2, version 2004, are still affected.

If you don’t want to install the optional patch, you can wait for the July 2021 Patch Tuesday update, which will begin rolling out with security and non-security fixes in the second week of the month.

Meanwhile, you can try the potential workarounds to resolve these audio issues. For example, you can enable spatial sound settings by right-clicking on the volume icon in the notification area. 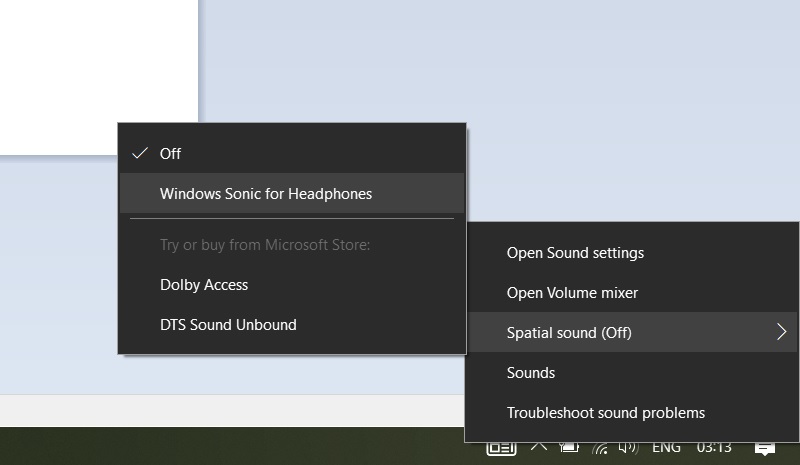 As shown in the above screenshot, you need to select any of the available options under the “Spatial sound (Off)” menu to deal with the problem.

If that workaround doesn’t work, Microsoft recommends using a different app or web browser. For instance, if you have issues with the Spotify Store app, you can switch to its web app powered by Microsoft Edge. Only certain apps are affected, so third-party alternatives or web versions can still work.

Additionally, the optional update contains the cure for a performance issue affecting certain games. According to the company, Windows 10’s latest patch will finally resolve an issue where some users experience “lower than expected performance in games” after deploying the monthly security updates.

These issues include FPS drops, rendering problems and stuttering.

As mentioned, these fixes will be included in the mandatory July Patch Tuesday updates, so you can skip the optional update.