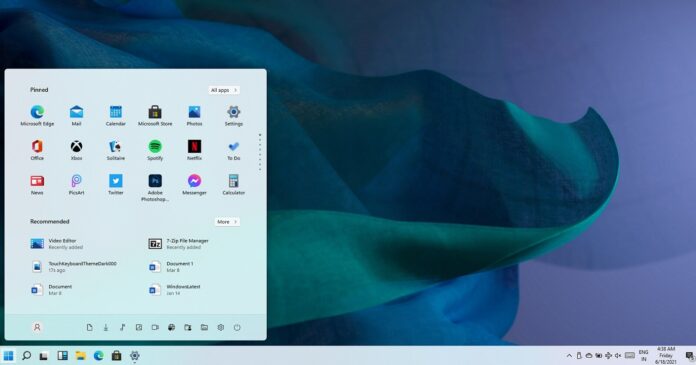 Instead of reaching for your power button every time you want to wake up a Windows device, you can soon simply tap the screen a few times instead. According to a new leak, turning the screen on could become even faster and more intuitive than it is now when Windows 11 debuts.

With Windows 11, Microsoft is introducing support for “Wake on Touch”, a feature that was previously offered on Windows Phones

Windows 11 appears to include support for a setting that will let you toggle the “Wake on Touch” feature on and off. References to “Wake on Touch” have been found in the leaked build of the next-generation Windows, but currently, there doesn’t appear to be any way to access it through Settings.

Although the feature hasn’t made it in to the leaked preview build it has been spied in the system files. Based on the leaked build, it looks like users will be able to wake their device from sleep by tapping on the screen a few times. It’s possible that it will require special hardware and it could officially debut with the Surface Pro 8 lineup in October.

It’s also worth pointing out that it’s a feature that’s clearly inspired by Windows Phones and it’s a good idea so we’re happy to see it make its way to PCs.

As to which PCs specifically will support it that’s less clear, but it’s possible that it will require special sensors, which hopefully means most Surface products and upcoming devices will support it, but that remains to be seen.

Other improvements coming to Windows

In addition to this feature, Microsoft is also working on new multitasking features for Windows.

Windows 10 currently allows two or more apps to be snapped together side-by-side, but Windows 11 will introduce support for a new snapping feature that will help you work with multiple snap-based apps. Likewise, Microsoft is also believed to be working on gestures for tablet and touchpad users as part of the new “gestures layer”.

Microsoft is currently planning to announce Windows 11 on June 24 and more details will be shared in the coming days.