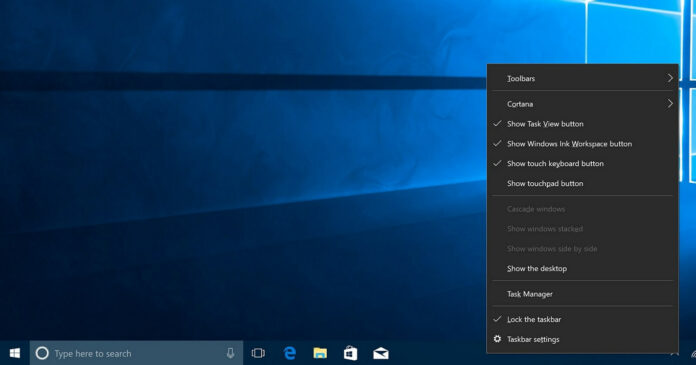 As we reported recently, some users are encountering serious problems after applying Windows 10’s June 2021 cumulative update. According to various reports and our own testing, mandatory security update KB5003637 could break the taskbar icons. In some cases, users are also unable to access the Action Center due to overlapped icons.

Earlier this month, Microsoft published June 2021 security patch for Windows 10 version 21H1, version 20H2, and version 2004. KB5003637 is a security and mandatory update intended to patch the security bugs reported in the operating system and issues caused by the previous update, including the long-running memory leak bug.

Based on the various posts we’ve seen across our own forum and social media sites, Windows 10’s taskbar bug appears to be a growing issue, particularly affecting devices where the “News and Interests” feed has been turned off using Group Policy or taskbar context menu.

Comments on the blurry taskbar icon problem are also available on the Feedback Hub, with various users explaining how their taskbar stopped working properly after they deployed the mandatory security update.

In an update to the support document, Microsoft has finally acknowledged the reports, with the company stating that the blurry taskbar bug affects “certain display configurations” only. No specifics were provided and it’s unclear how many users are affected worldwide.

“After installing KB5001391 or later updates, the news and interests button in the Windows taskbar might have blurry text on certain display configurations,” the company stated in the updated documentation, and promised that the fix will be provided in an “upcoming release”.

Contrary to what Microsoft says, we’ve observed the blurry text bug across the taskbar/system tray icons and it’s not limited to the weather icon (News and Interests button).

How to fix blurry icons/texts on the taskbar

To fix blurry icons or texts bug on your taskbar after applying June 2021 update, try these workarounds tested by us:

If nothing works, uninstall the update and pause the Windows update for one month. To do this, open Start > Settings > Update & Security, and click View update history then Uninstall updates.