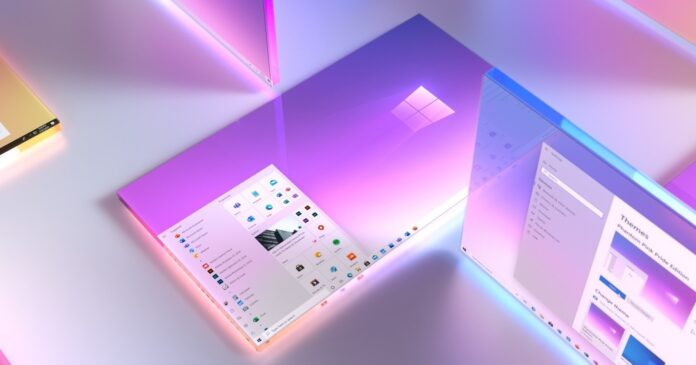 Later this year, Microsoft is planning to deliver a “sweeping visual rejuvenation” with Project Sun Valley, giving testers in the Insider program an early look at changes that will be introduced on Windows 10.

Windows 10’s big interface refresh is codenamed “Sun Valley” and it’s reportedly coming in October/November, with reports suggesting that the feature update will hit the RTM (release to manufacture) status in June. In the latest preview builds, we’ve now caught a glimpse of new icons for features from Windows 95-era.

In addition to new icons for File Explorer folders and system apps, Microsoft is also getting rid of its Windows 95 icons, such as the hibernation monitor and floppy disks. These new icons more closely mimic the icons already seen on Microsoft 365, Microsoft Launcher and other products.

The preview build comes with a set of new icons for folders/options/buttons inside the Shell32.DLL, the main shell module that has existed in all variants of the operating system released after Windows 95. In the next feature update, some of these icons are getting a makeover.

As you can see in the above screenshot that compares Windows 10 Sun Valley Update with Windows 10 October 2020 Update, Microsoft has refreshed Windows 95 icons for several folders inside the Shell32.DLL. This includes hibernation mode, globe, networking, floppy disks, etc.

The old icons have been given a unique colour for a modern feel and differentiation. This is all part of ‘Sun Valley’, the UI overhaul that will improve design consistency.

In the last few preview builds, Microsoft has tweaked plenty of apps, folders and settings with more colourful and Fluent icons, so this comes as no great surprise. The icons for other important folders – This PC, Recycle Bin, Documents, etc – have also been modified in the preview builds, as officially announced by Microsoft earlier this year.

Rather than the completely dated designs, the newer options are colourful.

However, there are still several icons that need to be changed. For example, the preview build still uses the old tree icon for WinDirStat, a disk usage statistics viewer and cleanup included in various versions of Windows 10.

It’s likely that the other icons throughout the OS will also get updated before the Sun Valley update launch.

With rounded corners, more Fluent Design features, a true dark mode experience and other features, the desktop may end up looking very different from the current version of Windows 10.