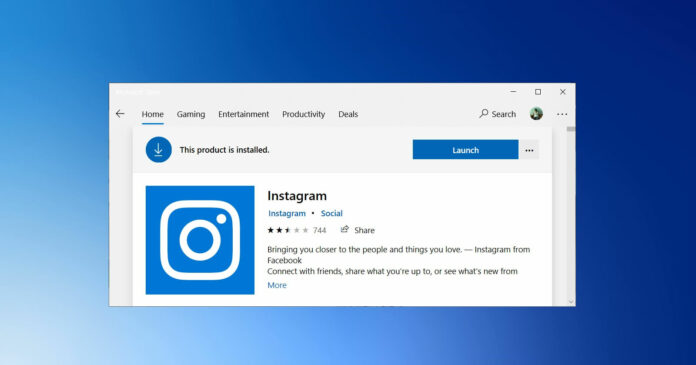 Windows 10’s app store is still ignored by top companies and it tends to be big news when a tech giant decides to release a new update for their app. Like Uber, Facebook also converted their native Instagram app for Windows 10 to a Progressive Web App, which is basically a web wrapper of Instagram.com

Over the weekend, Instagram for Windows 10 has been updated and converted to a Chromium Edge-based PWA. The old Instagram app, which was also a web app, relied on the classic Microsoft Edge. This new version makes use of the Chromium Edge and WebView 2.

Naturally, Chromium Edge-based PWA offers a better experience and it also comes with additional features. One such new feature is a new ellipsis menu, which lets you access extensions and other options found in Microsoft Edge. 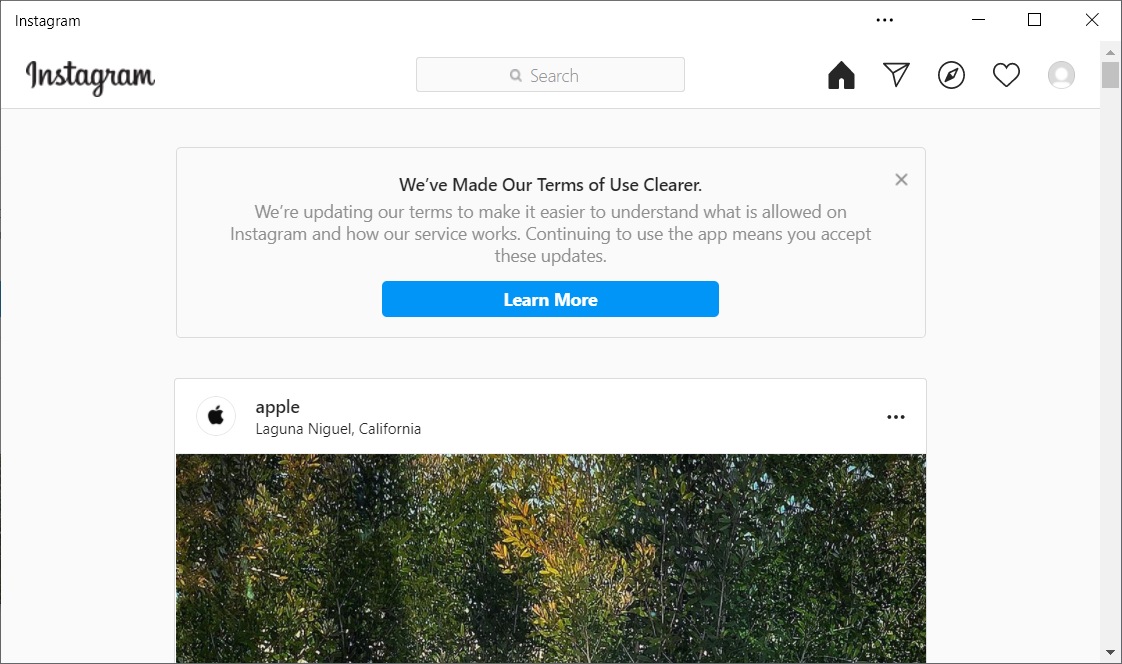 It’s important to note that the Instagram app for Windows is not losing any functionalities after the update and features like direct messages are still available. 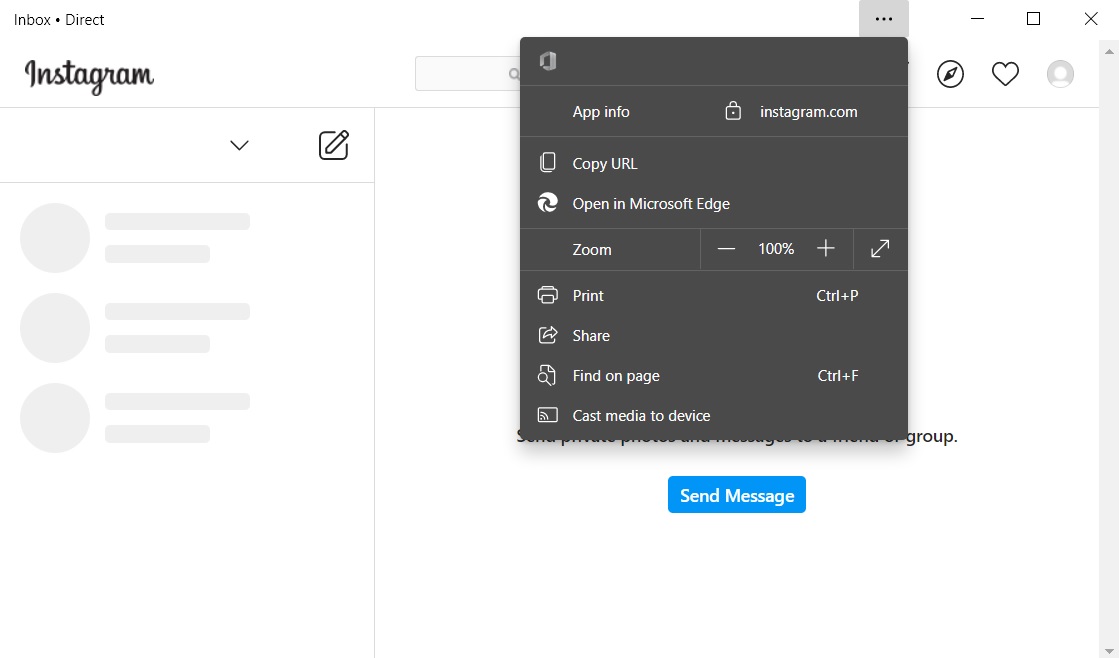 While you can send direct messages, it’s still not possible to post photos to your page and we don’t know when Facebook will enable support for this basic functionality in the web app.

For now, if you want to post photos on Instagram, you need to use the mobile app.

The updated version of Instagram appears to be rolling out to devices gradually and may not be present for all users.

With every Windows 10 feature update, Microsoft has tried to make progressive web apps (PWAs) more like native Windows apps. In the next version of Edge, Microsoft is planning to improve the look of the web apps with the “Window Controls Overlay” feature, which is meant to add support for the search bar and other features to PWAs.

Microsoft is still working on this feature and it will benefit all web apps, such as Twitter and Instagram. If you’re a developer, you can test support for Window Controls Overlay can in Chrome Canary by navigating to chrome://flags.

Microsoft is contributing these improvements directly to the Chromium project and Google’s Chrome will also benefit from it once it’s implemented in version 94.