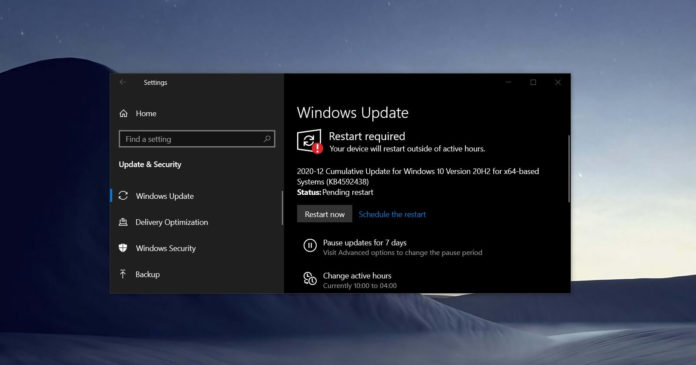 The last update for Windows 10 in 2020 is now rolling out to users via the Windows Update channels. Microsoft has also published Windows 10 KB4592438 offline installers for users that want to patch multiple machines at the same time.

With this month’s release, Microsoft has now returned to its practice of delivery hefty security fixes and improvements.

Windows 10 KB4592438 is a mandatory update for both version 20H2 and version 2004, and it should become available for download in the coming hours. With the December update, Microsoft has fixed a long list of security issues and non-security problems for both consumers and businesses.

In the Windows Updates page, you’ll see the following patch when you check for updates:

Last month, Microsoft fixed an issue that causes a blue screen for some users. With today’s Patch Tuesday, the software maker has fixed another bug that displays a black screen when users try to sign in using Windows Virtual Desktop feature.

Microsoft is also removing the ‘About’ dialog in the Internet Explorer for a new modern dialog. Likewise, another bug has been fixed where Windows 10 experiences a memory leak due to some APIs.

With the update, Microsoft is also improving the dark mode for File Explorer. This Windows 10 update has fixed an issue where the Explorer and Control Panel UI mixed elements of both light mode and dark mode when the device is set to make use of dark mode. 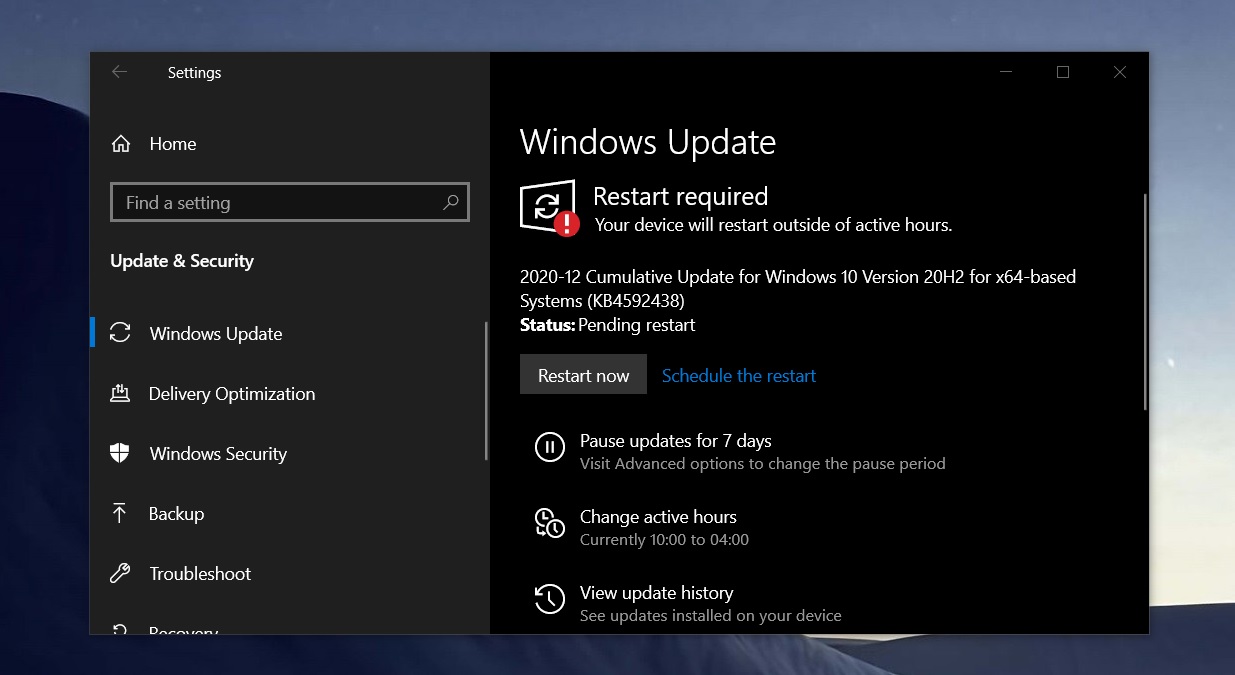 This problem is noticeable when you repeatedly right-click on a file to open the properties menu. In addition, another bug where some bits of the interface can become unreadable when you use the operating system in dark mode.

As we reported last week, Microsoft has fixed an issue where Windows 10 in-place upgrade feature doesn’t work for some users. When this happens, users don’t get the option to keep their files, settings or apps when upgrading to the latest version of Windows 10 or applying an in-place repair to fix problems with the OS’ installation media.

This problem was now resolved last week with an optional update and the fix is now included in the December cumulative updates for everyone.