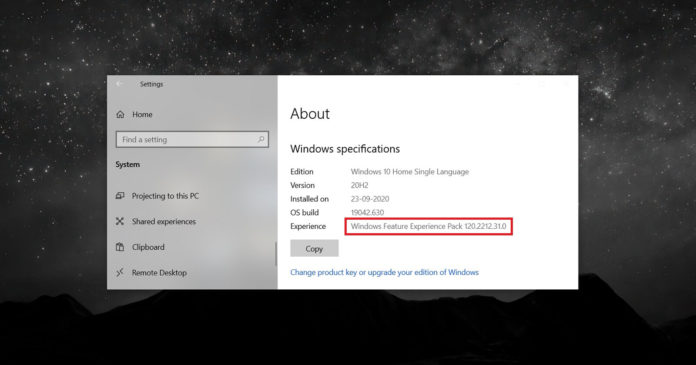 With Windows 10 version 2004 or newer, Microsoft added a new item called “Windows Feature Experience Pack“. This can be found under Windows Specifications in Settings > About and it will now include shell components to enable new features in the OS faster.

Currently, Windows 10 Settings app doesn’t provide much of a clue as to why the ‘Experience Pack’ exists in your system. All we know is that it includes “features critical to Windows functionality”, but our sources told us last year that it’ll play an important role in preparation for a more modular future for Windows 10.

As we speculated last year, this pack will give Microsoft the ability to update Windows 10 features through Windows Update and Microsoft Store without entirely updating the operating system. 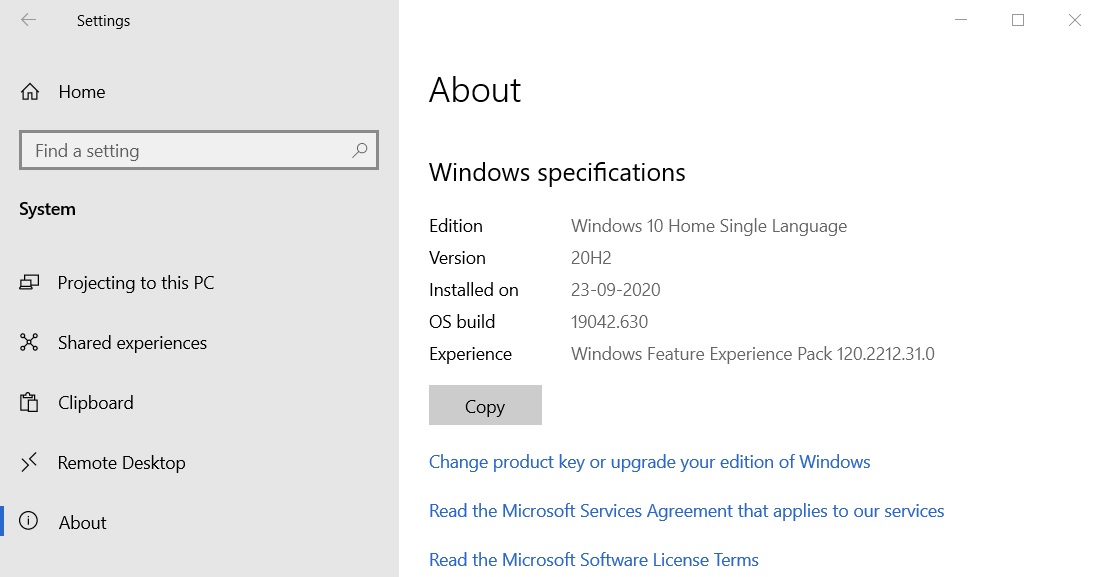 Windows 10 is currently updated twice a year with new features or significant improvements.

This is going to change early next year when Windows 10 will start receiving new features outside the traditional Windows 10 feature updates.

With the new Experience Pack, Microsoft plans to improve certain features and experiences outside of major Windows 10 feature updates.

Microsoft will also increase the frequency of new features using the ‘Experience Pack’ which will work in Windows 10 version 2004, 20H2 or newer.

Windows Feature Experience Pack updates will be delivered to users through Windows Update, but these updates will arrive faster and they’ll be smaller in size. Basically, it’s going to be a new channel for updating Windows 10 features that aren’t tightly coupled with the OS.

A new experience pack is already rolling out to users in the Windows Insider program with the following new features:

The two new features are currently available for Windows Insiders only, but Microsoft will begin pushing new experience packs to everyone in 2021.

It seems like something most users would be happy about, as it would add new features faster.