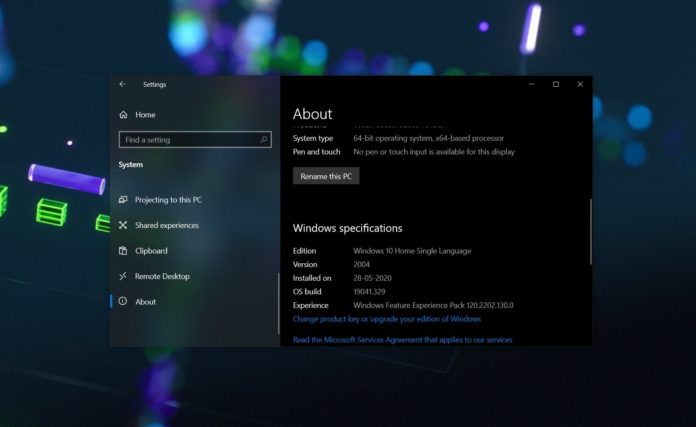 In the last few days, some of you may have noticed that a mysterious “Windows Feature Experience Pack” is automatically installed on your PC when you upgrade to Windows 10 version 2004.

Microsoft quietly installs this package as part of the May 2020 update and it suggests that more modular Windows 10 updates could be coming soon.

In Windows 10 May 2020 Update or newer, you will see a new “Windows Feature Experience Pack” mention in Settings > System > About. Microsoft hasn’t explained what that means, but we understand that the Feature Experience Pack will allow the tech giant to modify some features without releasing major OS updates. 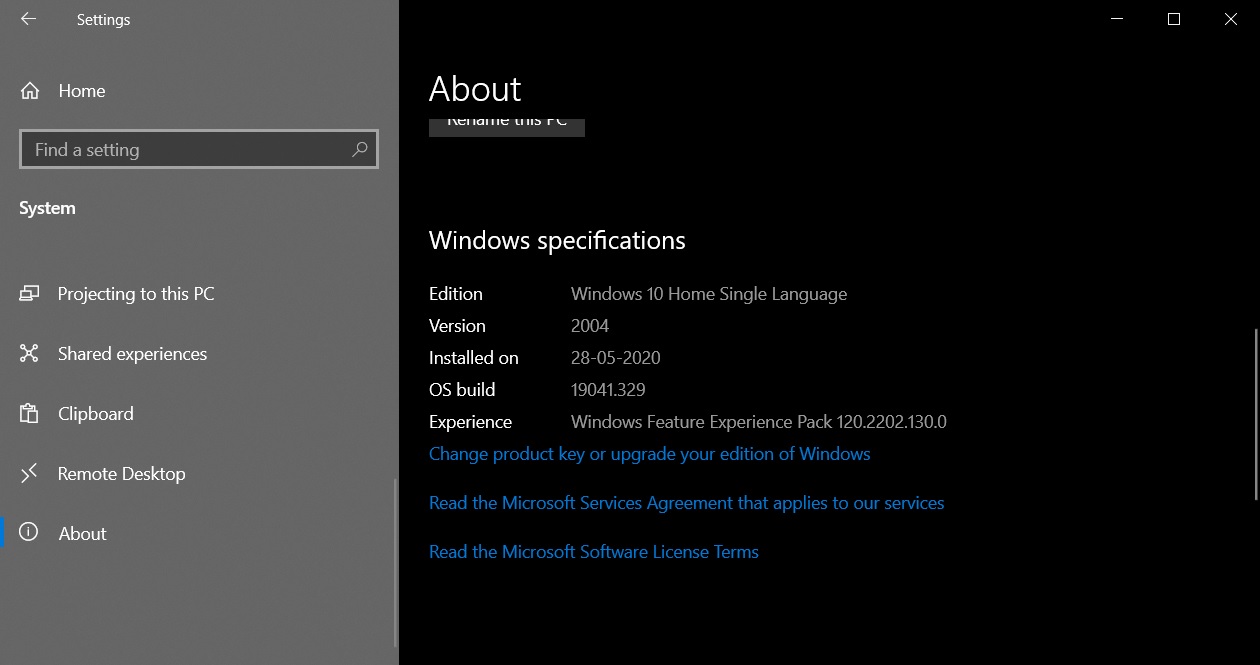 The Windows Feature Experience Pack has some hidden components that signal a future where some features will be separate from the rest of Windows UI and can be updated via standalone shell packages delivered via Windows Update.

Last year, Microsoft released Windows 10 Build 18917 (20H1) and it included a ‘Shell Update Agent’ which has been designed to obtain and update the shell or features such as the Action Center when required.

Shell components like the Start menu and Action Center could be updated and modified separately, based on packages acquired from the Microsoft Store. In preview builds, Microsoft had tested this approach to acquire a shell package for Windows 10 Action Center.

The “Shell Update Agent” and “Windows Feature Experience Pack” may mean nothing to most Windows 10 users, but it appears to be an interesting development of Microsoft’s Windows Core OS.

Microsoft has already informed the PC manufacturers that “Windows Feature Experience Pack” is part of Features on Demand for Windows 10 and it should not be removed as it “includes features critical to Windows functionality.”

Windows 10 Feature Experience Pack, which is only 44.15MB in size, include a small bundle of apps that can be improved without major OS updates. The pack currently supports text input panel, Windows Snipping Tool, and shell suggestions.

Microsoft has been working on this pack for the past several months and the same pack is also available in the Windows Store for Windows 10 and 10X, but the Store listing appears to be a placeholder or dummy.

The purpose of the Experience Pack isn’t completely clear yet, but Microsoft is said to have been working on this pack to separate the Windows 10 Shell UI and set of apps/features from the core of the OS.

With Windows Experience Pack, Microsoft might make Windows 10 a bit more modular in the future and core apps or components will get new features without a major OS update.