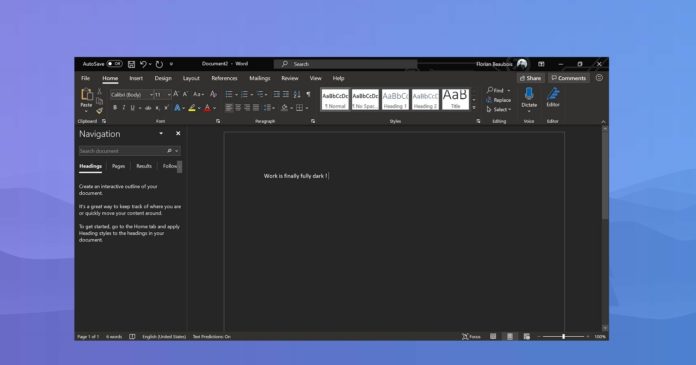 Windows 10 comes with a built-in dark theme, but there are still some major Microsoft apps that have yet to gain a true dark appearance. Microsoft Word for Windows 10 is now the latest to roll out a dark theme and it also follows the operating system’s built-in theme preference.

For years, Microsoft Word has lived somewhere between colourful, light and dark theme on Windows 10 and other platforms. MS Word’s buttons, menu items in the Ribbon, search, and Settings pane have always been fairly dark if you use the dark mode, but now a proper dark version of Word is coming soon to Windows 10.

Like other first-party apps, Microsoft Word is now switching to a darker dark theme and it looks much better. 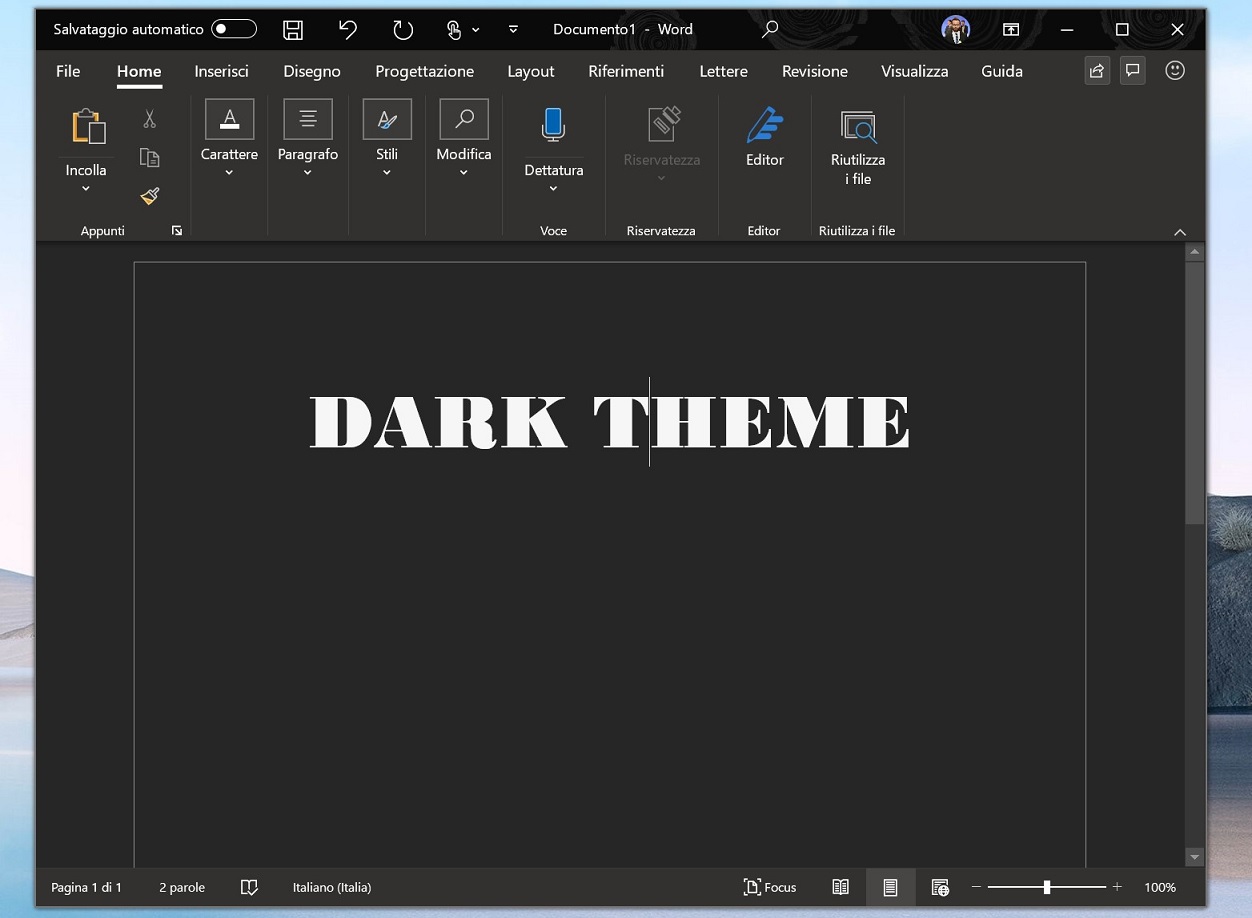 As you can see in the above screenshot, the new dark mode now applies to all areas including the document area (blank section of a Word where you type words) and search box.

This new look will be easier on your eyes and it also makes menu items and shelf stand out. 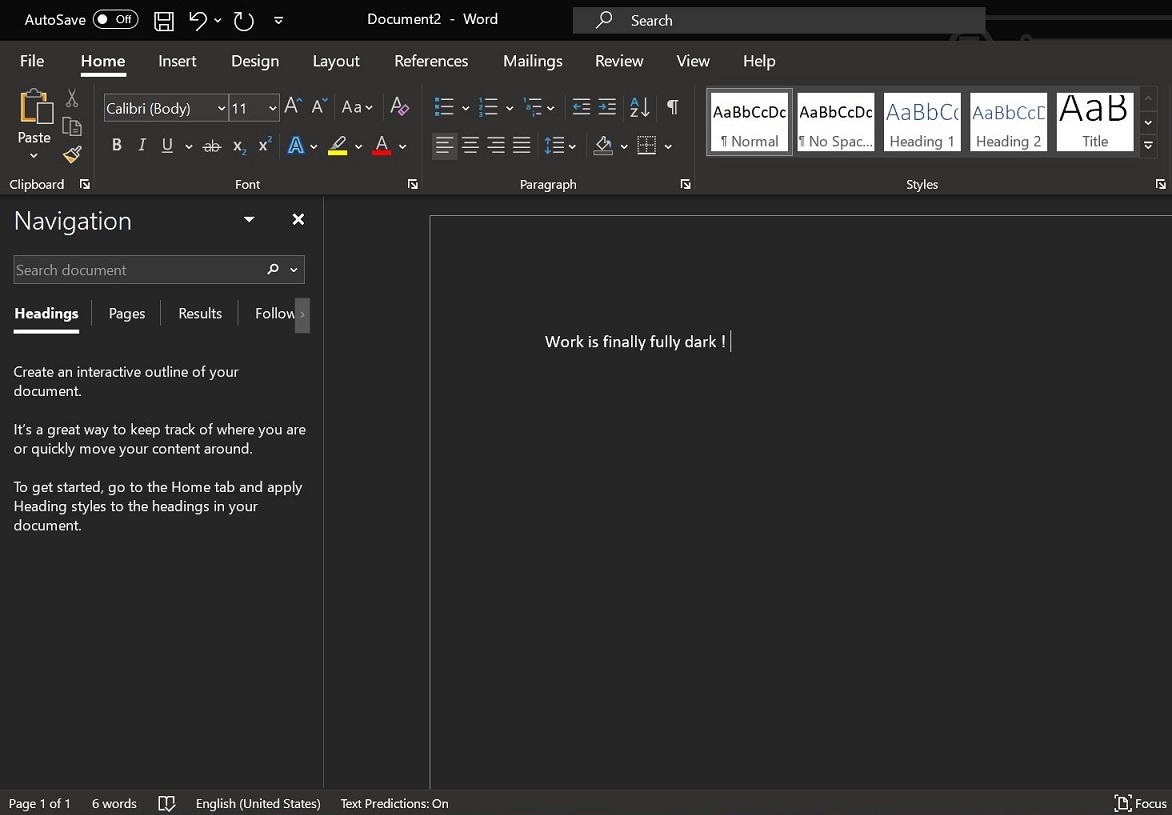 Note that you can always switch between Colorful, Dark Gray, Classic White and the improved Black theme from Settings.

For those unaware, you can change the theme of Office apps by following these steps:

The new dark theme, which now applies everywhere, is currently in the early days of development and it will begin rolling out to everyone later this year or early next year, but you can get it now by joining the Office Insider program.

The updated Black theme will be released to users with Office 2016 and Office 365 subscriptions.

It’s also worth noting that Microsoft is working on another Office suite update for Windows 10 that will enable support for a new Editor pane in Microsoft Word, Data Visualizer in Excel, and more.