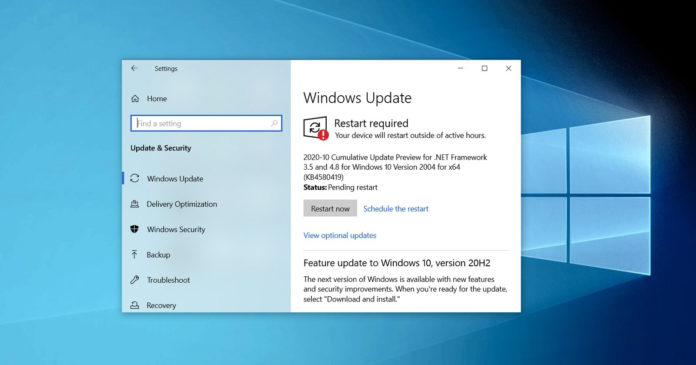 Remember that if you skip today’s optional patch, you’ll receive the improvements included in this release in November Patch Tuesday.

It’s likely that this feature will begin rolling to all users with November Patch Tuesday release.

This new ‘Meet now’ button is based on Skype, which recently added a new Zoom-like free calling feature that allows you to host meetings without signing up for Microsoft account.

Windows 10’s built-in ‘Meet Now’ feature comes at the right time as many users are still looking for free services to connect with their friends, family, and to attend meetings remotely without signing up on any platform. 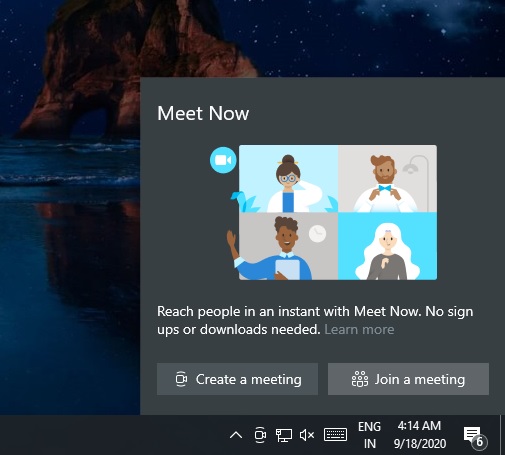 As you can see in the above screenshot, Windows 10’s Meet Now is quick and simple. It sits in the system tray and allows you to create or join a video conference within a few seconds. To join a session, you can either use Edge or Skype app, and you can also create a unique link that allows others to join without signup.

Windows 10 KB4580364 also comes with a long list of fixes and improvements. For instance, this release fixes an issue where Internet Explorer users are unable to configure their homepage using Group Policy editor.

Likewise, another reliability issue has been fixed where the device stops responding when users operate it using a pen for several hours.

According to the changelog, Microsoft is aware of only one known issue where Microsoft Input Method Editor (IME) for Japanese or Chinese languages might experience issues.