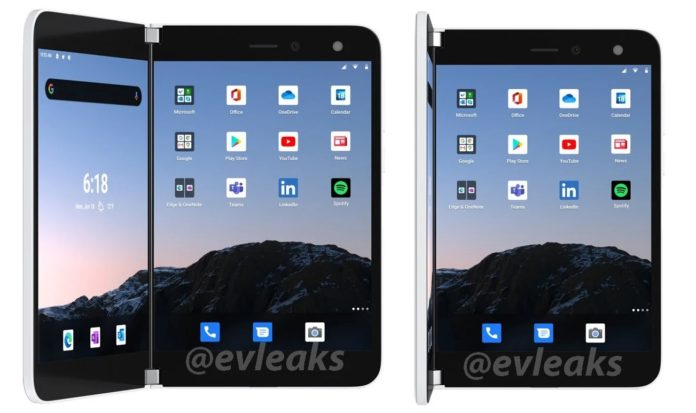 Surface Duo is the company’s first foray into Android mobile space since the long death of Windows Phone. This time, Microsoft is partnering with Google to run the dual-screen phone on a special version of Android with Play Store and Google services.

According to the latest rumour, Surface Duo is coming sooner than you might have expected. It’s also reported that Microsoft will be joining forces with AT&T for some sort of special deal for the Surface Duo in the United States.

The design of the Surface Duo is no mystery and pretty much everything is already known about the hardware. In October 2019, Microsoft showed us the device from every angle and key specs have already leaked online.

Surface Duo features Microsoft’s classic aesthetic design and familiar four-square Microsoft logo. It has two 5.6-inch displays with a hinge in the middle, which allows the device to be folded in various states like most 2-in-1 laptops. When unfolded or folded out, Surface Duo measures 8.3-inches horizontally.

Ahead of the late August launch, Surface Duo has now leaked online in its full glory thanks to the tipster Evan Blass.

As you can see in the image below, there’s a camera, speaker grille, proximity and other sensors on the top bezel of the right-side display. In addition, a flash can also be seen accompanying the single 11-megapixel camera. 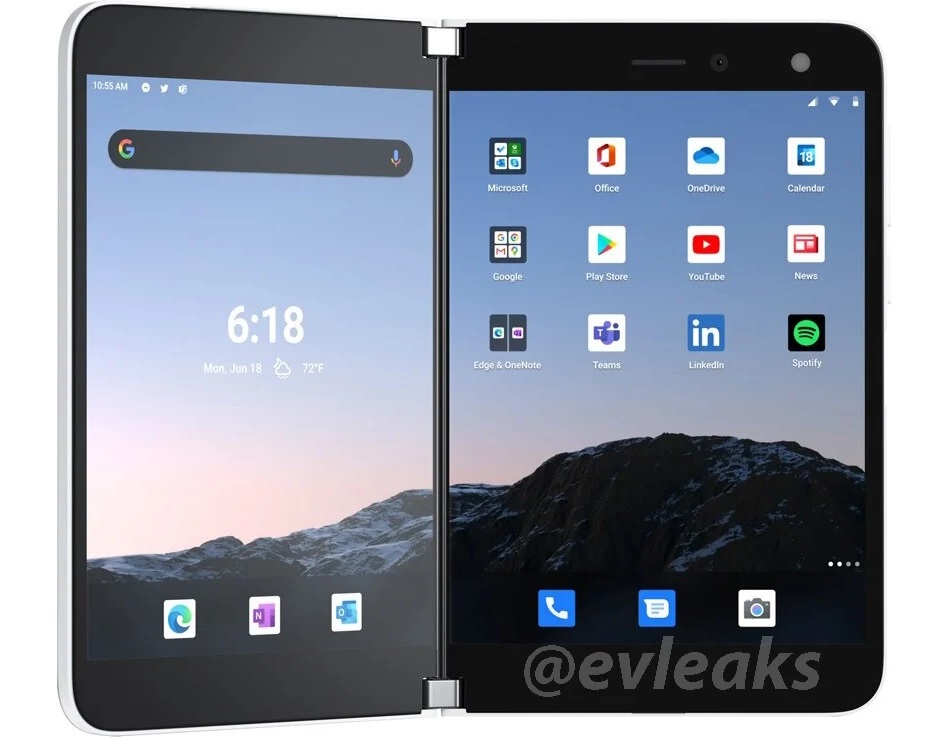 The Surface Duo is also a slim and sleek device, and it measures just 4.8mm. It comes with 6GB of RAM and up to 256GB of internal storage, and it runs on Android 10 (upgradable to Android 11).

Based on the renders, it appears that the Surface Duo might ship with all Google services, including the Play Store, Google search bar, Gmail, and more.

The pricing of the Surface Duo is still unknown, but it could be costly owing to its great finish, form-factor and impressive software capabilities.