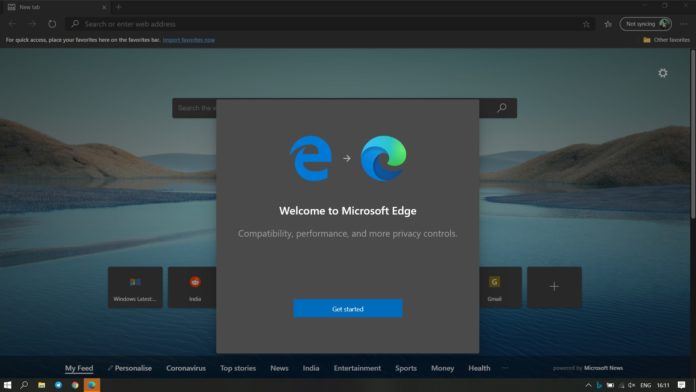 As of May 2020, Google Chrome has 70% of the browser usage share and Microsoft Edge trails far behind with 8%, but Edge has seen improvement in its usage after Microsoft switched over to Chromium and increased marketing efforts.

The Edge Windows Update will import your favourites, passwords, and other existing data from the old Edge. In addition, Chromium Edge also suggests importing your existing bookmarks from Chrome and Firefox, but this is optional and there are two minimal decisions to be made: Import bookmarks or start clean.

While import support is handy when you switch to a new browser, some users have alleged that their data is being imported without their permission. It seems that those reports aren’t entirely true and a lot of people are actually stopping the “first-run experience” of Microsoft Edge, which leads to this behaviour.

After applying Windows 10 update, Edge’s window will open automatically and it will ask you for your permissions to import data.

If a user ends the Microsoft Edge process using Task Manager, that information remains on Edge and you may not see the option to discard them when you launch Edge again. This appears to be normal behaviour and Microsoft says that the “residual data may not be fully deleted” if a user stops the setup process prematurely.

In a statement, Microsoft also noted that consumers have the right to decide what they should do with their data and Edge always offer the opportunity to discard data during the first-experience process.

If you simply go through the first-experience process as intended, you are given the option to disable data import. Users aren’t supposed to end the Microsoft Edge process using Task Manager and break the first-run experience prematurely.