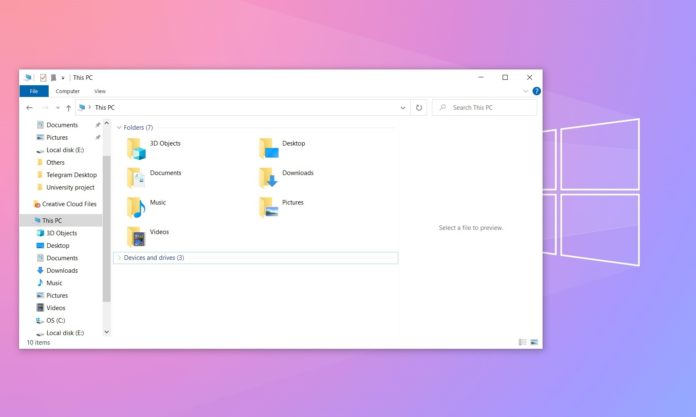 Over the past few months, Microsoft has managed to release a series of problematic feature and cumulative updates for Windows 10 that have caused problems for some people.

It seems like the Windows 10 May 2020 Update and June 2020 cumulative updates are plagued with more problems.

Some users on the Microsoft’s forums, Feedback Hub, and Reddit are reporting multiple problems with OneDrive after applying Windows 10 version 2004, which was released on May 27.

According to one post in the Feedback Hub, people are unable to access files synced to the OneDrive after upgrading to version 2004.

“The local OneDrive files are located in a disk separate from the system disk. After the upgrade, the files are still shown in File Explorer but cannot be accessed. The online files are OK. The message on the icon in the notification area shows processing thousands of files,” a user noted.

In a Reddit thread, users noted that Windows 10’s May 2020 Update results in the OneDrive service failing with an error message that states “OneDrive cannot connect to Windows”.

In the prompt, there are two options ‘Try again’ and ‘Download Files’, neither of which appears to work flawlessly for the affected customers.

Like other issues reported in Windows 10 version 2004, OneDrive bug seems to have been carried over from the Windows Insider Program.

Earlier this year, the issue was flagged by one tester in the Feedback Hub and it seems like the OneDrive bug has been plaguing Windows Insiders for at least five months. The bug apparently slipped into the production build of May 2020 Update.

To fix issues with OneDrive after May 2020 Update, some users recommend resetting OneDrive with these steps:

How to fix OneDrive cannot connect to Windows error

To fix ‘OneDrive cannot connect to Windows’ error after applying recent Windows Updates, you can also try these steps:

According to one user, Microsoft is aware of the reports and the company is already working on a fix which could be deployed in the next cumulative update.

One of the recent cumulative updates shipped for Windows 10 by Microsoft is causing issues with Outlook desktop program.

“Something is wrong with one of your data files and Outlook needs to close.  Outlook might be able to fix your file. Click OK to run the Inbox Repair Tool.”

Microsoft has already acknowledged the Outlook app failures, but the company isn’t sure whether the fix will come from Outlook or Windows Update.

The good news is that Outlook and the Windows team are working on a fix, which could be deployed in the coming days via Outlook or Windows Update.