Now, a new Microsoft XDK (Xbox Development Kit) Console has appeared in Korean certification website (screenshot below), pouring more fuel onto the fire of the rumour that the next-gen gaming console is around the corner.

The mysterious console is bearing a model number of “XDK 1881” and the certification number is “RR-MSK-1881”. The Xbox Development Kit (XDK) allows developers to create games for Xbox gaming system. This console, which appeared in certification, could either be an existing product or Xbox Lockhart. 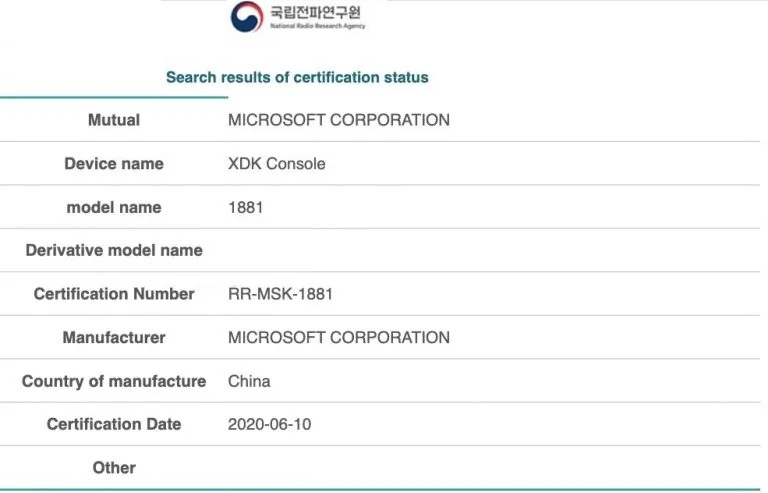 The country of manufacture is apparently China and certification appeared on Korean website yesterday.

Microsoft’s Xbox Series X, which is expected to launch later this year, will be able to run games in 4K resolution at 60 frames per second and the system supports ray tracing, and 1 TB SSD will be included.

In addition, Microsoft is said to be working on “Project Lockhart” and references to the project were recently spotted in some Windows 10 code libraries, specifically in System32 library files for Windows.

According to reports, Project Lockhart would be an affordable alternative to the top-end Xbox Series X.