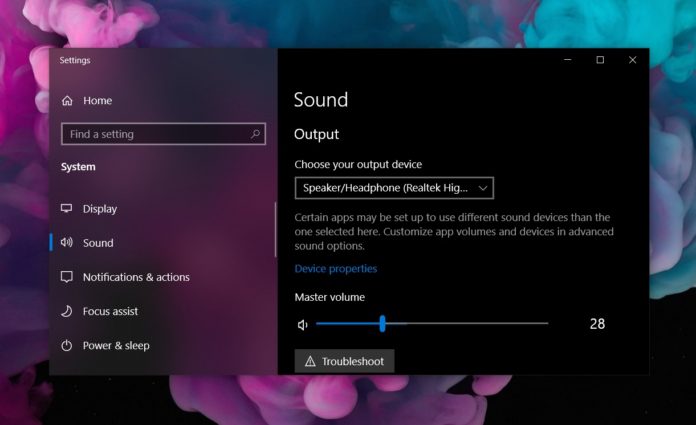 Windows 10 KB4556799 is yet another update which has become problematic for some users. KB4556799, which is an important security update, is causing audio issues and temporary data loss for consumers.

Users running Windows 10 May 2019 Update and November 2019 Update are reporting that the update is a serious fail with a wide range of issues including a broken audio adapter, temporary user profile, Blue Screen of Death, and even an uninformative error message during the installation process.

These problems appear to vary from person to person and it does not affect every installation of Windows 10.

According to user reports, Windows 10’s reset all of their audio driver configurations and even removes Realtek audio driver. Others noted that their audio devices don’t pass sound when the update is installed.

“With this update, my audio devices have been completely broken. I have Realtek audio drivers and I can’t play anything via the speaker and even the headphones. I’m experiencing the problem on my desktop and Surface Pro 6. I clicked on the Sound icon and initiated Troubleshooting, which said that audio enhancements couldn’t be loaded. I uninstalled the update and audio is now back,” one user told us in the comments.

There appears to be a pattern that I’ve noticed. If you have Audio Enchantments enabled for your audio device, you might experience the following issues after installing the patch: 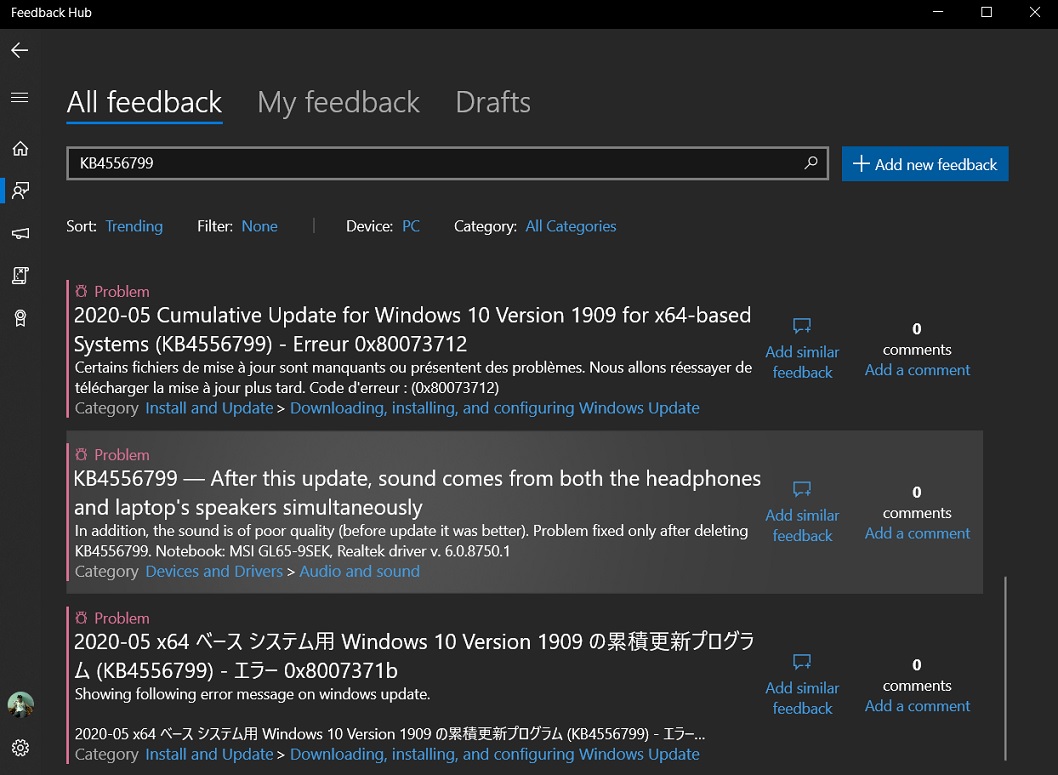 “After this update, sound comes from both the headphones and laptop’s speakers simultaneously,” one user noted in the Feedback Hub.

If you’re experiencing audio issues after the update, follow these steps:

You may also need to disable all sound enhancements for your other audio devices.

If your Realtex driver is missing, download the original driver from the PC manufacturer’s website and install it.

Changing Windows 10’s audio settings so the quality is at 16-bit could also resolve some of the problems.

If nothing works for you, you should remove the update entirely and pause the update until a new update is available. That can be accomplished by going into the Update & Security page in Settings, heading to Advanced options.

The audio issues aren’t the only problems with the KB4556799 update, either, with some people claiming that the update has deleted their data and files, pictures or documents are missing.

“My computer automatically updated to this version and ALL of my computer files were deleted. I am not sure how to recover them and I don’t want to make the problem worse,” a user noted.

“All my files are gone it is like the computer was wiped clean,” another user confirmed data loss bug.

It’s alarming to suddenly have data missing and all OS settings set to defaults, but the good news is, the profile and the data including desktop customizations are still there.

Windows 10 loads a temporary user profile during the update installation process, rather than the normal user profile. As a result, users have noticed that their desktop customization, pinned taskbar apps or files in the folders such as Documents and Pictures have disappeared.

The data including files and pictures are still there, but they belong to the main user profile and you won’t see the folders when Windows 10 loads with a new temporary profile.

To fix the temporary user profile issue, restart the affected system six to eight times – all the way to the desktop – appears to have helped some users, but that may not work for everyone.

The more consistent option is to just uninstall the update by following these steps:

If you’re aware of any other problems with the update or you need more help, let us know in the comments below.