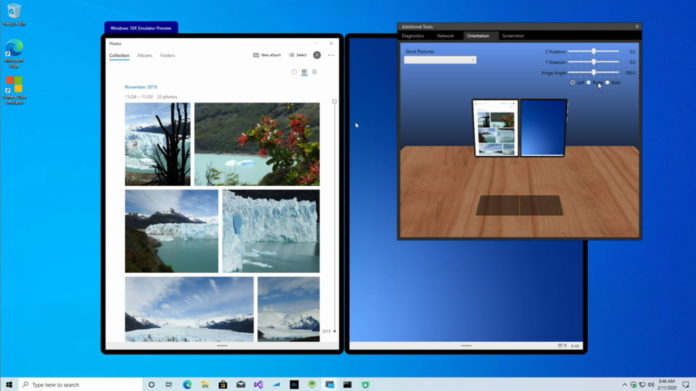 Microsoft is reportedly shifting its focus for its modular Windows 10 operating system ’10X’ to put it on single screen devices, like standard clamshell laptops, 2-in-1s and notebooks.

While Microsoft still believes in the dual-screen vision, the company apparently wants to test the OS with a large group of users and single-screen is what customers are looking for right now. That makes sense as Windows Insiders could test builds of Windows 10X and provide actual feedback to the company.

A single-screen Windows 10X laptop could also make for a Chromebook competitor.

Interestingly, Windows 10X Emulator was recently updated with a hidden single-screen mode, which confirms that the Redmond firm is indeed testing the modular OS for traditional clamshell laptops and convertibles.

The above image show off the Windows 10X running on a large single-screen device.

Windows 10X makes Windows 10 more modular so that Microsoft can take pieces of the operating system and use them as needed for single-screen, dual-screen and other innovative hardware.

Windows 10X comes with a new user interface, but it is still the continuation of the architecture changes which were first introduced in Windows 10.

Microsoft is expected to announce Windows 10X for single-screen devices later this month during the Build 2020 virtual conference.