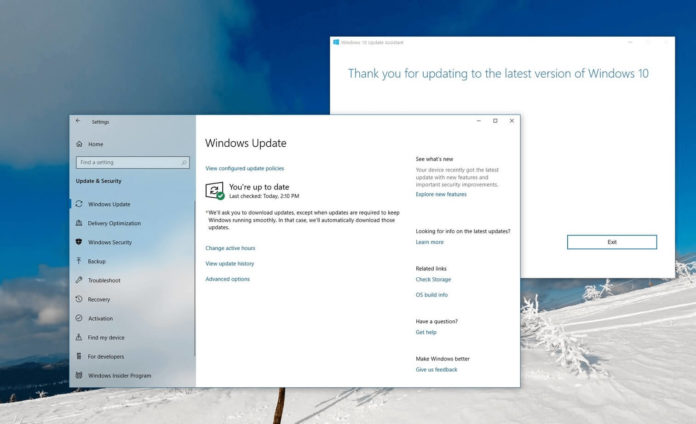 Microsoft is currently testing Windows 10 version 2004 (20H1) with Insiders and it would be a full Windows upgrade, which take much longer to install, specifically on budget PCs. More importantly, Windows 10 20H1 update introduces a new set of features and performance improvements.

Previous Windows 10 releases have been dubbed the November 2019 Update, May 2019 Update, Creators Update, and Anniversary Update.

A new finding in 20H1 preview builds suggest that this year’s first big Windows 10 update, currently codenamed 20H1, could officially be called the May 2020 Update.

In Build 19041 with all cumulative updates installed, Windows Powershell’s “Get-VMHostSupportedVersion” command lists the Windows 10 May 2020 Update and Windows Server 2004 as one of the results.

This could be another confirmation that Microsoft might name and release the next version of Windows 10 as the May 2020 Update. Of course, if Microsoft decides to roll out the update in April, the company could rename it to April 2020 Update, which is very unlikely though.

After the release of Creators Update, which focused on features for creators, new versions of Windows 10 have been named for its release months, but you could expect to see the wide rollout of feature update during summer.

There are plenty of new features and improvements in Windows 10 May 2020 Update.

For example, Microsoft will be updating Windows Search with a new algorithm that should automatically reduce disk and CPU usage, while offering a new Cortana experience with improved chat UI.

Windows 10 May 2020 Update is stable enough for regular use and it should be released to consumers later this month or early May.