The Control Panel hosts a collection of advanced options for customizing system settings of Windows and it first appeared in Windows 2.0. With Windows 8, Microsoft decided to modernize everything and they introduced a modern or touch-optimized app that contained only basic settings and it relied on Control Panel for advanced options.

After Windows 8 debacle, Microsoft was challenged to make system controls accessible on all form factors, while still offering advanced settings to please both average consumers and power users.

Windows 10 also comes with a Settings app, but Microsoft hasn’t removed Control Panel or blocked users from accessing it. This could change soon as Microsoft is working on changes that would hide a few pages of Control Panel.

Windows 10 Build 19587, which is the latest Fast ring preview update, contains a reference to ‘Hide_System_Control_Panel’.

Another reference ‘SystemToAboutSettingsSearchRemoval’ in the codebase of Windows 10 Insider preview appears to confirm this move.

The reference appears to suggest that Microsoft could soon hide Control Panel’s system information page, which isn’t a bad thing as it has already been migrated to Windows 10’s Settings app. 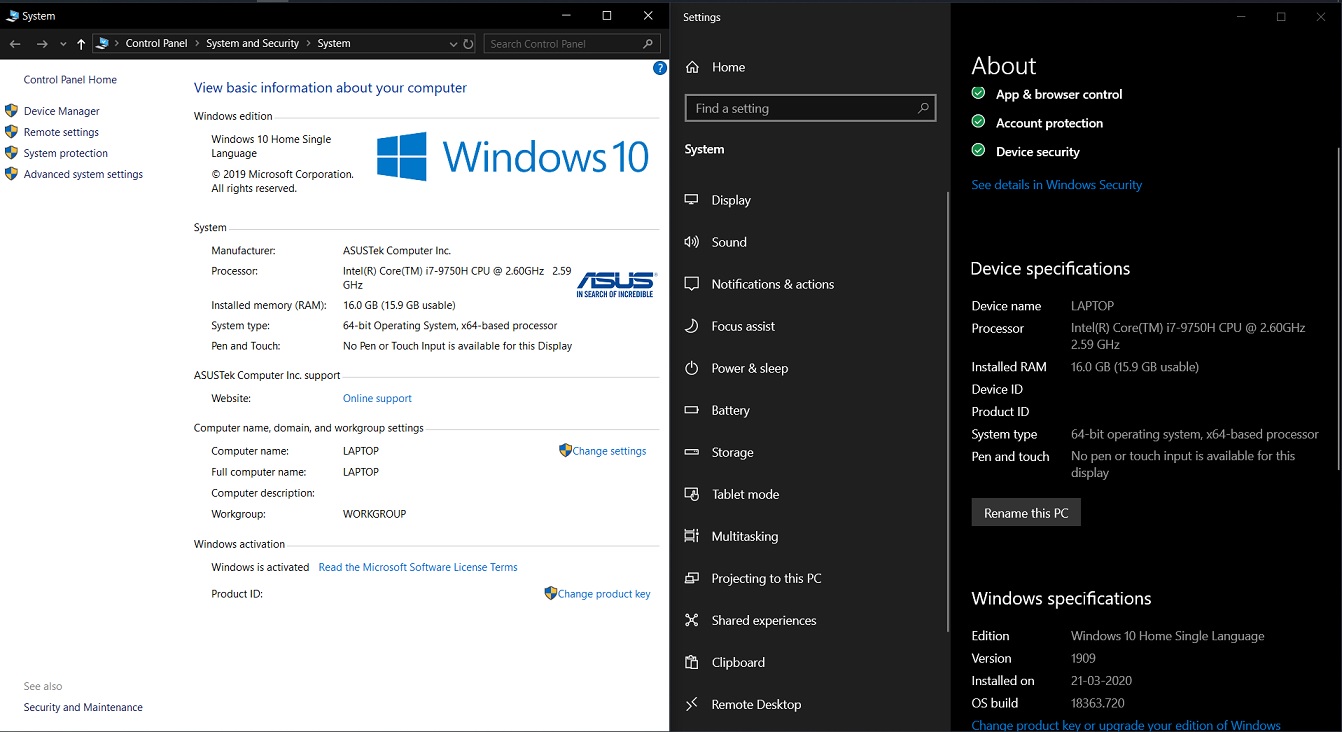 For some features, we have configurations that are available in both Settings and Control Panel but the process is split between the two places.

Microsoft is finally trying to reduce settings inconsistency on Windows 10 and hiding system information in Control Panel could be the first step.

These changes could be part of Windows 10 20H2 update, which is likely to debut in the last quarter of 2020.

Microsoft is currently preparing Windows 10 version 2004 (20H1) update for public rollout in April. After the 20H1 update is shipped to consumers, Microsoft is expected to start working on next year’s feature update.