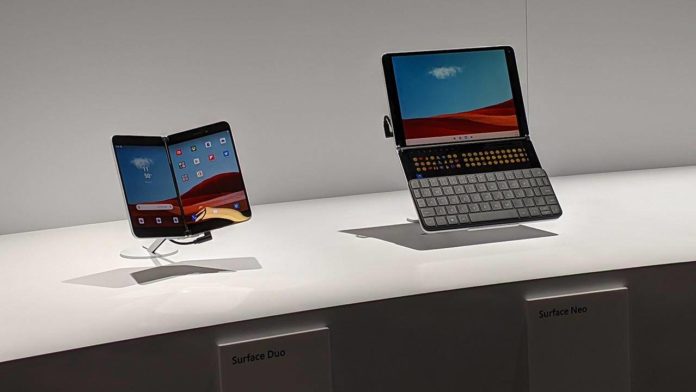 Surface Neo is a two-screen device with a visible hinge in the middle and both displays are thinnest LCD ever created, protected by a Gorilla Glass. Surface Neo runs Windows 10X and it comes with keyboard and WonderBar support, which is like Apple’s Touch Bar on steroids.

When the Surface Neo keyboard is attached to one of the screens, you can access WonderBar area right above the keyboard and use it for emoji, ink and touchpad functionality. You can also use the WonderBar for watching videos while editing a document on the larger screen.

Today, I found a new Microsoft patent application that highlights the basic capabilities of a Surface Neo-like device. 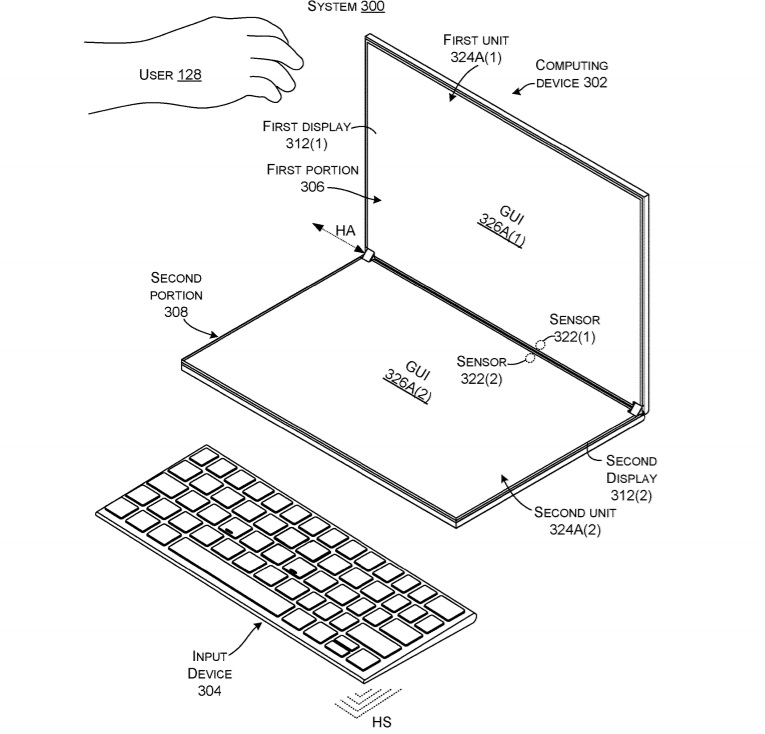 In the filing, Microsoft says it plans to use both displays for a specific function. For example, one screen could render GUI and another display may render the input area. If a part of the display is blocked by the user, Surface Neo ‘blockage can be reconfigured’ (e.g., their size and/or location on the display can be changed) to accommodate the blockage.

Microsoft noted that the sudden reconfigurations may confuse users, but the device will have visual indications to indicate how the displays are being reconfigured.

“The visual indications may be accomplished with one or more transition GUIs that reflect unit size and/or location on the display so that the user can understand what is happening,” Microsoft stated.