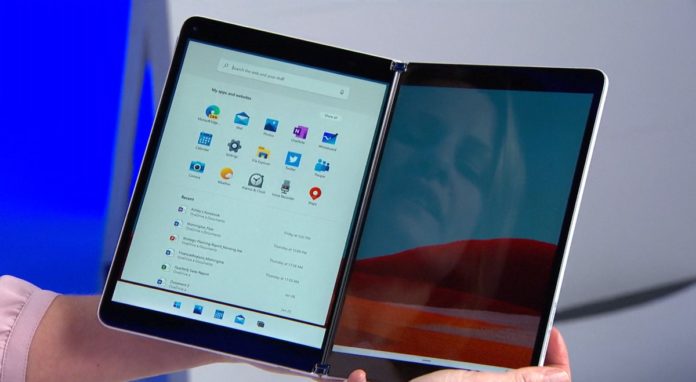 Windows 10X is Microsoft’s latest attempt to unify experiences across all form factors. In some ways, Windows 10X feels like a light version of Windows 10 with a mix of phone and tablet experience.

Some UI components of Windows 10X are similar to what you’ll see in Windows 10 proper and the OS looks pretty enough. Windows 10X’s Start menu looks like Android’s app drawer with a neat arrangement of icons and Windows 10’s tiled interface is completely gone.

Start menu has a Windows Search box without any Cortana integration and Microsoft has also recreated Action Center experience. The other intriguing characteristics of the new OS include a faster way of handling desktops apps and lightning-fast updates.

Microsoft says Windows 10X won’t require more than 90 seconds to update your PC and updates will take place in the background. It appears that Microsoft is also planning a major overhaul of how new features are delivered to Windows with 10X.

Microsoft plans to provide OS features as separate downloads from the Microsoft Store, rather than a single Windows Update package. The tech giant has already published a new app called “Windows 10X Feature Experience Pack” on the Microsoft Store and it’s basically the “downloadable” part of Windows.

Microsoft will release new features directly from the Microsoft Store, rather than pushing out a major OS update. Microsoft hasn’t had much luck with recent Windows 10 updates and the new approach could address botched update concerns.

Microsoft has also promised that Windows 10X OS and app updates will be clean and tidy to reduce degradation of performance, which means the performance you’ll see on the first day will stay with you for the lifetime of the device.

Windows 10X is currently optimized for dual-screen devices only, but some developers have managed to run it on real hardware such as the MacBook, Lenovo ThinkPad and Surface Go.

Windows 10X is still in the early phase of development and you can expect to hear more about the OS as 2020 progresses.