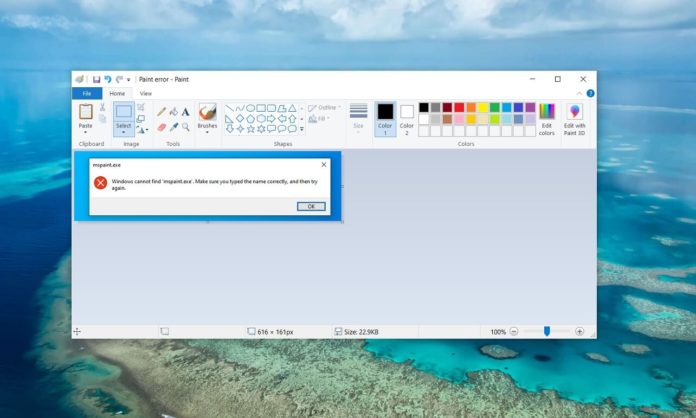 In Windows 10 20H1, Microsoft is offering both Paint and WordPad as optional features. We have verified this in Build 19041, which is the rumoured RTM candidate. 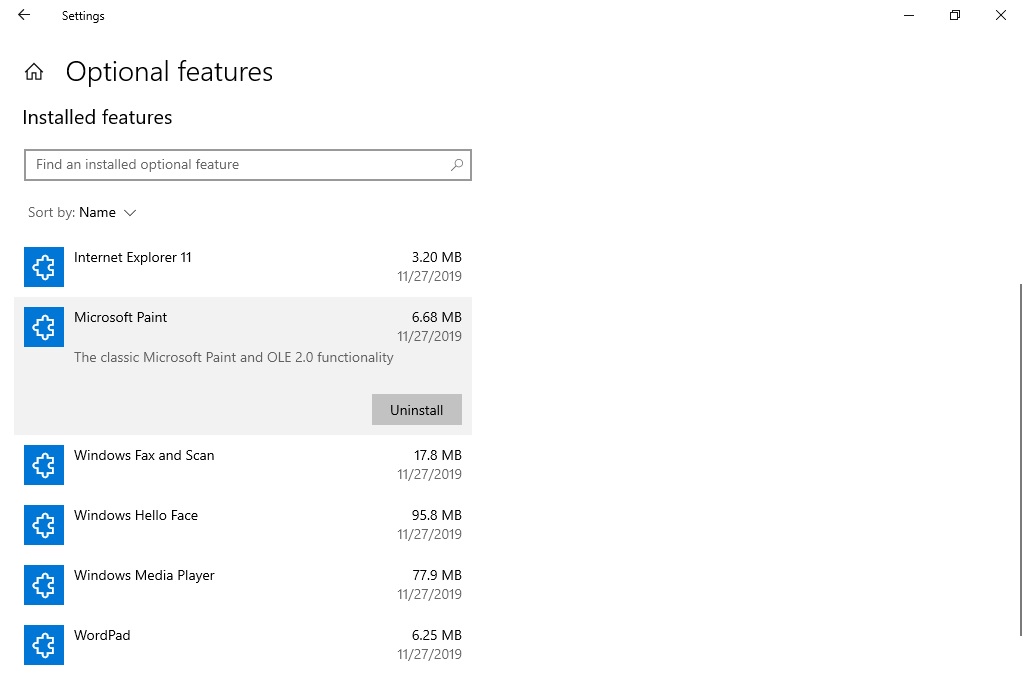 This change does not remove Paint or WordPad from Windows 10, but you can now disable both apps and also remove traces of these apps from the Start Menu and other locations.

The size of Microsoft Paint is 6.68 MB and WordPad occupies 6.25 MB of your internal storage.

As you can see in the above screenshot, a system reboot is required to uninstall Paint and WordPad. After reboot, both apps disappear from Start menu search and Windows Run.

In previous versions of Windows, you cannot disable or uninstall Paint and WordPad.

Microsoft’s decision to make these apps optional doesn’t mean that the tools will be removed in a future Windows update.

The tech giant previously considered bringing Paint to Microsoft Store, but the company decided against removing it from the OS. As for WordPad, Microsoft has yet to announce its future plans for the word processor app.

Windows 10’s 20H1 update has already been finalized and Microsoft is expected to ship it to the mainstream users in April or May. After 20H1 rollout, Microsoft will begin working on 20H2 for October/November launch.