Surface Neo was briefly shown at the company’s Surface launch event. The dual-screen device weighs only 655 grams and is 5.6mm thick, and it comes with the thinnest LCDs ever created.

According to Microsoft, more than 60 extremely thin microcoaxial cables are running between the hinges. A patent suggests that vapor chamber and hinge can be used for more effecting cooling of a dual-screen device or traditional notebook.

Spotted by us, a new patent has revealed that Microsoft could be planning to transfer the heat between regions of the device connected by a hinge. The patent titled ‘CONDUCTING HEAT THROUGH A HINGE VIA FLEXIBLE VAPOR CHAMBER’ was filed by Microsoft in 2019 and published by WIPO on November 21.

Microsoft plans to use vapor chamber, which is used for cooling in 2-in-1s, across the two portions of the dual-screen device. 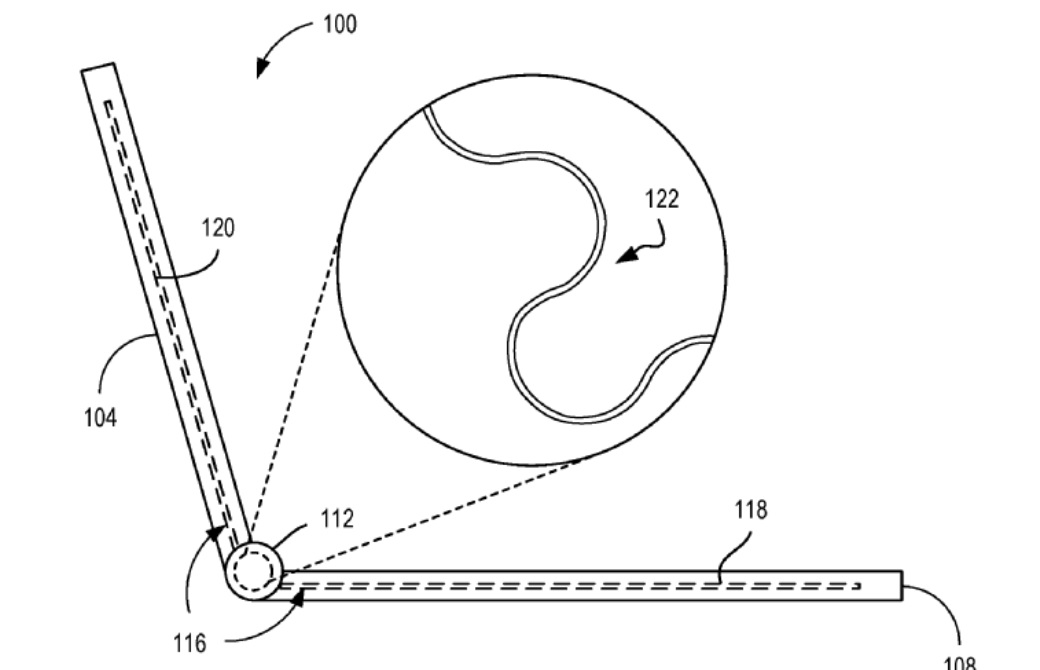 “Examples are disclosed that relate to vapor chambers having a flexible hinge region configured to withstand repeated bending cycles, and to maintain a desired cross-sectional area of a vapor chamber within a hinge region of a device as the hinged parts are moved relative to one another,” the patent noted.

The patent proposes vapor chamber solution, which will continue to function normally, even afer repeated opening and closing of the device. This means the vapor chamber would transfer heat and keep the device cool.

Another method described in the filing points to heat transference through the hinge as an alternate solution.

Microsoft mentions that multiple form factors including laptops such as Surface Laptop, Surface Book or Surface Neo could use the invention.