Google has been the main champion of PWAs, and it has created several web sites that behave like native apps. In 2018, Microsoft also joined forces with other backers and started investing in Progressive Web Apps (PWAs) to address the app gap issue in the Windows Store.

With Progressive Web Apps (PWAs), Microsoft hopes to increase the number and quality of apps located in the Windows 10 app store. Several companies including Uber and Twitter have upgraded their basic apps to a PWA, which is updated more frequently than traditional Windows Store apps.

While PWAs could be the future, the technology does not have access to all Windows 10 and Android features, which makes it lag behind native apps in some areas.

According to a proposal, Microsoft is working on a new API called ‘EditContext’ to integrate a web app with advanced text input methods on Windows 10. For example, the API could allow web apps like Google Docs to facilitate integration with the OS text input service, which should enable support for swipe typing, emoji picker and other features. 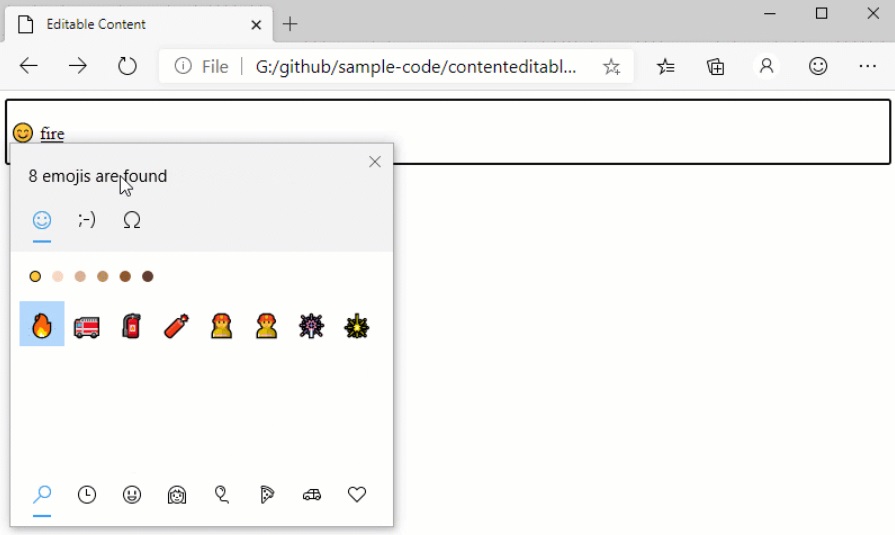 The API aims to improve accessibility and performance for Progressive Web Apps and unlock new capabilities for web-based editors.

Most of the web apps come with built-in editing behaviours that often fail to deliver the expected integration with the OS. With ‘EditContext’ API, the firm hopes to address the web apps input problems by decoupling text input from the HTML DOM view.

For this to work, the author of the web app needs to include the data through the API of EditContext.

In a private post, a Microsoft engineer revealed how this would help Google Docs:

As per a commit, Microsoft has already started integrating the API into Chromium.

The API will finally enable PWA-based editors to function smoothly and access all the input features on Windows 10.

Another step in the right direction by Microsoft.