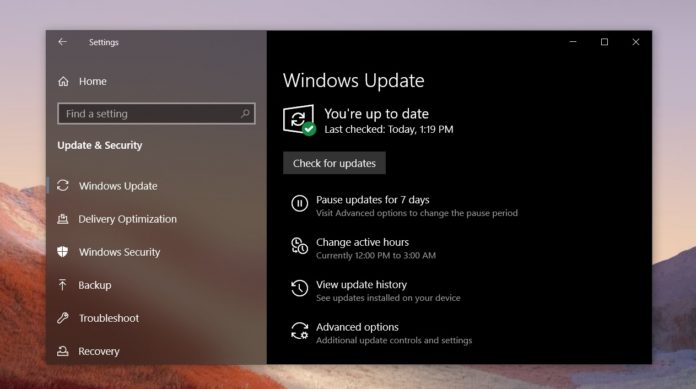 Windows 10’s October 2019 cumulative updates are now available for all supported versions of the OS. The May 2019 Update PCs are receiving Windows 10 Build 18362.418 with a fix for printing problems. Direct download links for Windows 10 KB4517389 offline installers are also available.

The Patch Tuesday updates main focus is on fixing security problems in Windows 10 version 1903 and older. It also appears that Microsoft has finally resolved the printing issues that affected devices from manufacturers like HP.

The firm hasn’t acknowledged bugs with Start menu, Windows Search and VMware Workstation Pro 14. Smaller refinements and bug fixes are also part of the October 8 cumulative update, but Microsoft still has a bunch of annoying bugs to resolve before pushing out the next feature update.

You can grab Windows 10 Build 18362.418 by checking for updates on Windows Update or you can install the patch by downloading offline installers.

Microsoft has fixed a security bug that causes some computers to have increased connection latency and problems with CPU utilization. There are other security fixes and improvements included in this patch as well, and most of the changes are aimed at enterprises or businesses.

Installing this patch could also resolve a problem where apps and printer drivers that utilize Windows JavaScript engine for print jobs may not work properly.

If you installed earlier patches, only fixes contained in this patch will be downloaded and applied. That means the update will download and install faster than previous updates.

Microsoft says it’s not aware of any potential issues with Build 18362.418. However, as it’s the case of every Patch Tuesday, it’s possible that the new cumulative update could break down some Windows 10 feature.

Updates breaking down some features of the OS have become common behaviour lately. For example, Microsoft shipped multiple updates in September that broke down Printers and Windows Search for some, while an emergency patch broke down Start menu for some customers.

Both of the above fixes are aimed at enterprises.