Mentions of Windows Core OS, long rumoured operating system by Microsoft for dual-screen and foldable devices were recently spotted in the official documentation. And today the rumoured OS has allegedly appeared in a benchmark posted on Geekbench.

Recent rumours surrounding the upcoming Microsoft’s Windows Core OS have indicated that we’re expecting to see the dual-screen device at the October event. One seemingly constant rumour has been that the Windows Core OS will come with multiple adaptable shells to offer a modular experience across form factors like Surface Centaurus and Surface Hub.

Today, a virtual machine running Windows Core System (64-bit) with an unknown Intel processor has been spotted on Geekbench version 5. The scores are apparently low because the OS is running via emulation inside a Virtual Machine on a PC with custom Intel processor designed for testing.

It’s also worth noting that Geekbench 4 scores are much higher than Geekbench 5 scores on the same hardware, and this benchmark is based on Geekbench 5, which is another reason for the low score. 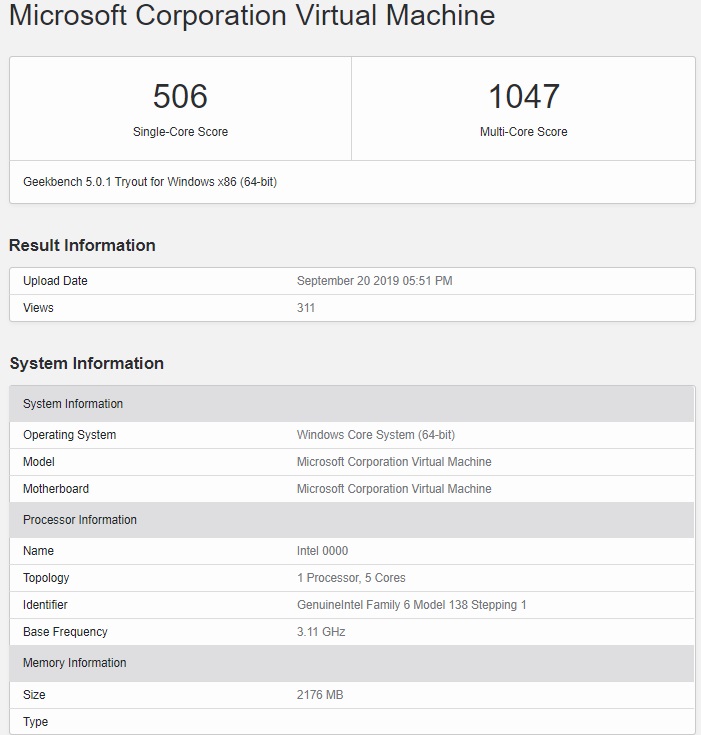 There’s nothing really interesting about this benchmark, except the fact that a potential Windows Core OS announcement is on the way. It’s also worth noting that the benchmarks can be faked and tweaked to generate inaccurate results, so this should all be taken with a huge pinch of salt.

Windows Core OS could be unveiled at October event

Microsoft has never confirmed Windows Core OS, but it’s possible that the company might announce or tease it during the Surface event on October 2.

In addition to Windows Core OS, Microsoft is also expected to announce dual-screen Surface hardware and as well as “Windows Lite,” a lightweight operating system for Chromebook-like PCs and even dual-screen devices.