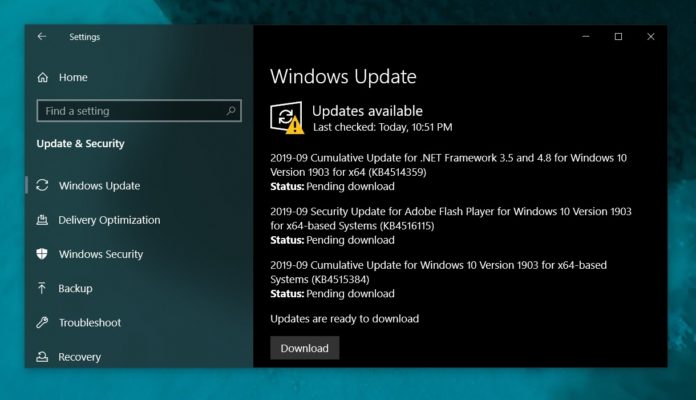 Microsoft says it has also resolved security issues with input devices such as a mouse, keyboard, or stylus. The update also includes changes for usernames, passwords, storing and managing files.

Windows 10 cumulative update KB4512941, which was published on August 30 as an optional update, broke down Windows Search and also caused high CPU usage. Earlier this month, some users documented a bug where Cortana’s background process (SearchUI.exe) could cause CPU spikes of between 30% and 40%.

Microsoft acknowledged the issue last week and said a fix will be included in the cumulative update. As promised, Microsoft has finally high CPU usage and Search issues with Windows 10 Build 18362.356.

Microsoft says it’s currently not aware of any known issue.